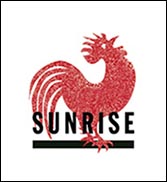 The deal includes storefronts in Metrotown in Burnaby, BC, Polo Park in Winnipeg, MB, Limeridge Mall in Hamilton, ON, Square One in Mississauga, ON, Promenades St-Bruno in Saint-Bruno, Quebec, and a two-level, 20,000 square foot store in West Edmonton Mall which features a stage for performances, with additional locations to be announced as the agreement is finalized.

The acquisition will significantly expand Sunrise's footprint in Canada. Previously, the music retailer operated nine brick and mortar locations around Ontario. As a part of their strategy, Sunrise will expand each shop's stock of compact discs and vinyl, as well as a broader selection of other merchandise, from apparel to board games and collectibles, the company said.

”Sunrise has always strived to offer superior service and a wide range of products at reasonable prices to its loyal customers. We are excited to bring Sunrise nationwide, and would like to thank all of the suppliers and landlords who worked so closely with us to allow us to be a destination for physical music in Canada,” said Doug Putman, President of Sunrise.

As a part of the agreement, Sunrise has indicated that they plan to hire former HMV employees who wish to continue their careers in the Canadian music industry. HMV, which has been financially struggling for some time, announced earlier this year that they were closing all of their Canadian outlets and entering receivership. – Staff writers