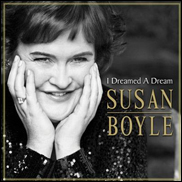 NEW YORK (CelebrityAccess MediaWire) — Susan Boyle's I Dreamed A Dream (SYCO music/Sony Music Entertainment Canada) made a historical introduction as the largest ever debut for a female artist on the Billboard 200 in the Soundscan era. I Dreamed A Dream topped the charts selling 700,763 copies in the U.S. and 50,959 copies in Canada, scoring her the second slot for the largest ever female debut in Canada.

Boyle's album also reached the #1 spot on the charts in the UK, Australia, Ireland, Canada and New Zealand. I Dreamed A Dream has sold nearly 3 million copies worldwide since its release one week ago.

Within 48 hours of its unannounced placement on Amazon, I Dreamed A Dream shot up to the #1 position on the site's charts. By release day, the album was the largest CD pre-order in the history of the Amazon.com Music Store and had also broken the record for album pre-sales for QVC and Barnes & Noble Online.

Simon Cowell congratulated Susan by saying “I'm incredibly proud of Susan and delighted for her. This success couldn't have happened to a more deserving person. Susan Boyle quite simply has broken the rules, her story is like a Hollywood movie but this time it’s real life and a really talented, nice lady who has won.”

“Susan Boyle possesses a relatable quality that is easily understood and meaningful to her many loyal fans. They watch her every move, whether on YouTube, Facebook, or Susan’s own website, and respond with sincerity that matches Susan’s own genuineness. The connection between Susan and her fans is unique, and most importantly, real. They’ve put her where she is today,” says Steve Barnett, Columbia Records Chairman.

After an audition for “Britain’s Got Talent,” in which Susan immediately impressed the judges, the audience and then anyone with access to YouTube’s expectations by dazzling her way through a version of “I Dreamed A Dream” from Les Miserables. A tornado of rumination and amazement grew around Susan Boyle feverishly, with over 300 Million YouTube hits and nearly two million Facebook friends to prove it.

I Dreamed A Dream was recorded during the summer of 2009. Susan first entered a recording studio in July in Edinburgh, picking songs that resonated with her. The final results shocked both her and veteran producer Steve Mac with its beauty and musical impact. “It was important that I could feel everything I was singing,” she says. The 12 track collection features Susan Boyle performing signature songs such as “I Dreamed A Dream,” “Cry Me A River,” as well as her haunting rendition of The Rolling Stones' “Wild Horses,” Madonna's “You'll See,” The Monkees' “Daydream Believer,” and “Who I Was Born To Be,” an original recording written especially for Susan. –by CelebrityAccess Staff Writers