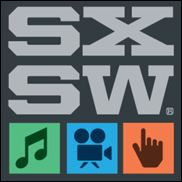 (Hypebot) – For the second year SXSW awarded a group of music acts the Grulke Prize commemorating SXSW's late Creative Director Brent Grulke (shown at left). Two of the awards, for developing acts, went to upcoming bands that show great promise, Future Islands and The Strypes. That's a common enough category but the "Career Act" award, given to Damon Albarn this year, has a bit of a different twist. It's given to an established artist appearing at SXSW to "reinvent themselves or launch an important new project."

The Grulke Prize was established in 2013 to honor SXSW Creative Director Brent Grulke who passed August 13, 2012.

There are three prize categories and the following acts were chosen for the 2013 Grulke Prize:

"A trio that relocated to Baltimore from Greenville, NC. The band released a few well-received albums and EPs before signing to 4AD. Their debut on the label, Singles, will be released next Tuesday, March 25. Future Islands' turned David Letterman into a huge fan when they made their network television debut earlier this month."

"This four-piece from Cavan, Ireland possess a bluesy rock vibe that harkens back to the 60s. The lads, who are still in their teens, have garnered recognition from Elton John, whose management company Rocket Music signed the band after he saw one of their videos."

"Best known as the lead singer for Blur and the visionary behind the multi-platinum Grammy Award winning virtuaul band Gorillaz, has had a storied career including collaborations with African musicians in Mali and the release of an Alan Moore inspired production, Dr Dee: An English Opera. Albarn was here at SXSW previewing his upcoming release, Everyday Robots, set to be released on April 29th."

Seems like a fine selection that one can argue or not. Either way, it's much more interesting than variations on prizes for "who sold the most/got the most likes."