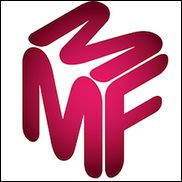 LONDON (CelebrityAccess) — Music Managers Forum announced that TAP Management will be collectively named as the UK Manager Of The Year at the sixth annual UK Artist & Manager Awards in November.

Ben Mawson and Ed Millett, who founded TAP in 2010, will accept the award on behalf of his team.

“To succeed in the modern day music business, managers need to think outside the box while keeping a multitude of plates spinning," said MMF CEO Annabella Coldrick. "This is no easy task, but the judging panel unanimously felt that 2017 was TAP Management’s year. As well as the phenomenal success of Lana Del Rey and Dua Lipa, we felt the entire team’s integrated approach across music publishing, music production, and brand strategy was worthy of recognition.

"This is a company with music at its heart, but with the ambition to forge new paths and set new trends.

The MMF will also honor Niamh Byrne and Régine Moylett, founders of Eleven Management, with the Entrepreneur Of The Year Award. The company`s roster includes Damon Albarn, Blur, Roisin Murphy, The Clash, and Gorillaz.

Other previously announced winners are Depeche Mode’s manager Jonathan Kessler, who will receive the Peter Grant Award for Lifetime Achievement; Tracey Thorn, who will pick up the Artists’ Artist Award; and Echo Beach’s Jill Hollywood for Writer/Producer Manager.

More winners will be announced in coming weeks, MMF said.