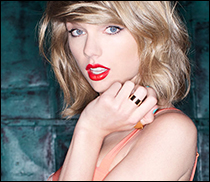 HOUSTON, TX (CelebrityAccess) — Taylor Swift has reportedly sealed a multi-year with AT&T that includes performances and other content.

As part of the deal with AT&T, Taylor Swift will headline DIRECTV Super Saturday Night in Houston the night before the 2017 Super Bowl at a custom made 64,000 square foot venue in Houston created especially for this event.

We’re thrilled to reach a deal to bring Taylor and her unique talents to her fans and our customers in new and exclusive ways,” said John Stankey, CEO, AT&T Entertainment Group. “And we’ve thrilled attendees during the Big Game weekend for the last 11 years with A-list parties and the hottest performing music artists around, so 2017 will be our very best. We’re excited to get event tickets into the hands of Taylor’s fans and exclusive content from the event to our customers and celebrate the combination of one of the world’s biggest artists with one of the world’s biggest sporting events.”

The financial details or additional information regarding other performances and content included in the deal were not disclosed, but AT&T said information would be forthcoming.

Swift claimed the top spot on this year's Forbes Celebrity 100 list, earning an estimated $170 million in the past year. Swift already has sponsorship deals with other corporate entities including Apple and Coca-Cola. – Staff Writers