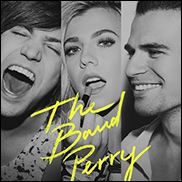 In a post on the band's Facebook page, a spokesperson wrote: "We and Big Machine Label Group have made a mutual decision to bring our working relationship to a close. We are grateful for 6 years of the big moments and great strides we made with our BMLG family and will carry that foundation forward with us as we begin the next leg of our journey."

The move comes after the band's somewhat surprising swing towards pop music, after years of comfortable success as a country artists. "Live Forever" a single from their third studio album that the group released in August, 2015, was co-written by Nadir Khayat, AKA RedOne, a producer and songwriter who has collaborated with artists such as Lady Gaga and Pitbull, failed to find traction on the charts and with fans.

The country to pop recipe has worked for many other artists on the Big Machine brand, including Taylor Swift, and Florida Georgia Line, whose hit "Cruise" was remixed by Nelly, however, it is impossible to say where the motivation for The Band Perry's pop experimentation came from.

"Everything we did for this album was about chasing authenticity and for what we know our fans have grown to love in our music and what we bring to them," Lead singer Kimberly Perry Kimberly told Country Weekly. "But this time we were really also compelled to embrace some modern sounds that we love and, quite frankly, are hearing all over country radio anyway." – Staff Writers