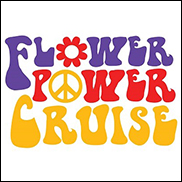 Ft Lauderdale, FL (CelebrityAccess) – The inaugural Flower Power Cruise has completely sold out. The cruise is a new cruise franchise launched by StarVista LIVE earlier this year. Sailing on the Celebrity Constellation from February 29, 2016 through March 5, 2016, the Flower Power Cruise will feature concerts by the singers and musicians who built the soundtrack to the ‘60s, including Blood, Sweat & Tears featuring Bo Bice, Felix Cavaliere’s Rascals, The Grass Roots, The Guess Who, Herman’s Hermits starring Peter Noone, Jefferson Starship, Mark Lindsay – Former Lead Singer Of Paul Revere & The Raiders, and The Buckinghams. Micky Dolenz (The Monkees’ lead singer) will also be onboard as the special guest host. In response to the high level of demand, a 2017 Flower Power Cruise is currently in production and will be announced shortly.

In just five years, StarVista LIVE has redefined the cruise vacation experience with their Malt Shop Memories Cruise, Soul Train Cruise, Country Music Cruise and now the Flower Power Cruise. Each line of cruises has sold out.. “StarVista LIVE was launched with the singular goal of creating imaginative and complete entertainment experiences for our guests,” said Mike Jason, Senior Vice President of Live Entertainment at StarVista LIVE. “We focus on every last detail, from the very best in entertainment to fine dining, from luxury accommodations to activities that bring our guests together with the superstars on our cruises.”

On this cruise, over 20 live performances will highlight the five night voyage, along with events that bring guests side by side with the stars of the ‘60s for meet and greets, panel discussions, cooking demonstrations, wine tasting, live retro game shows, groovy trivia contests and a Make Love Not War vow renewal ceremony. Special themed nights including a Black Light Ball, Psychedelic ‘60s Dance Party, Bell Bottom Blast will complete the vibe of this cruise.