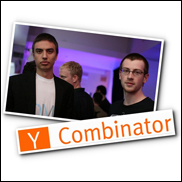 MOUNTAIN VIEW, CA (Hypebot) – Y Combinator a revolutionary venture firm that specializes in funding early stage startups. 40 or so young entrepreneurs spend months together boot camp style developing their ideas into businesses. In addition to support from each other, they are surrounded by advisers and visited by experts who help focus their efforts.

Paul Graham, the founder of Y Combinator, sold his company Viaweb to Yahoo in 1998 and has since developed a large following for what the New York Times calls "lucid and contrary essays in a geek community more comfortable expressing itself through programming code than coherent paragraphs". One essay "How to Start a Startup" has become a call to arms for anyone contemplating starting a company.

12 months ago, Graham wrote about the kind of companies he'd like Y Combinator to fund and music topped the list. His music startup wish list includes: