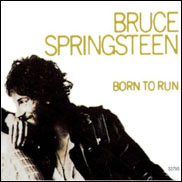 It could be in a polo field, like Coachella.

Or in one city, a three day event, like Lollapalooza in Chicago.

Or even a month long event in a metropolis that wanted to drive tourist business.

The rage in concerts these days is the performance of complete albums. Bruce Springsteen is even going to do "Born To Run" in Nashville. Why don’t we have a festival where every act performs a complete album?

It could only be classic acts, the ones who most embody the album concept. Or, it could be everyone from old to new, inspiring young acts to record full opuses, and the audience to listen to them.

The live business is hurting. The old acts have burned out their audiences, delivering the same music at high prices. Thus, the album performance concept. A way to get people to pay one more time. And they do. And will. They want to relive that great record, the one they played every day in high school, or college.

So maybe it’s in Vegas, especially if it’s old acts. Because oldsters don’t want to camp. Headliners are stars like Paul McCartney, doing "Band On The Run", or the aforementioned Boss doing "The Wild, The Innocent & the E Street Shuffle". To add a dimension of hipness, get Lou Reed to do "Loaded". Yes, it’s great to have the original band, but in many cases they’re not alive, or speaking to each other, so if you get the key player/singer, that will suffice.

Roger Waters toured "Dark Side Of The Moon". He can do that, or "The Wall".

All those acts past sixty, who are playing to ever-dwindling crowds… Loggins & Messina can do "Sittin’ In", their exquisite debut. The Youngbloods can even do "Elephant Mountain".

And Roxy Music can do "Avalon". And Pearl Jam can do "Ten". And Air can do "Moon Safari". And, as a closer, an unannounced jam, everybody can hit the stage and do "Sgt. Pepper".

Of course Phish gets a slot, if we’re skewing younger or broader, they’ve covered everything from "Quadrophenia" to the White Album. And Dave Grohl can merge the Foo Fighters and Krist Novoselic, to do "Nevermind", or "In Utero".

Imagine the press. Imagine the excitement. This is truly a one time only event. Sure, maybe these acts will ultimately tour these albums, but you won’t be able to see them all at one time.

Furthermore, there will be Internet voting, where fans will demand their favorite albums. The promoter will start with the top, trying to get a group to perform (or even reform!) the album!

Sure, tickets will be expensive. Which is why maybe it’s a festival at multiple venues, each with its own entrance fee, over a series of nights in one city. Each gig being self-sustaining. But why not utilize the modern festival concept? One sum buys you everything. And, like modern festivals, you can’t see everything. Do you catch the number one album on the main stage, or 10cc doing their debut in the tent?

Next year, completely different albums. So, if you miss this one…

The acts are ready, the audience is eager. We’re in a lull, waiting for the next big thing. Let’s celebrate our past, what we all love, before the moment evaporates.