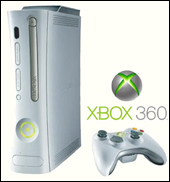 You've got to stop making albums.

In today's "New York Times", there's a story about the gaming industry, wherein it is stated that the usual suspects, the PlayStation3, Xbox360 and even the vaunted Wii, are getting blindsided by the iPhone/iPod Touch. Games for this new mobile platform are cheap, if not free, and there's no expensive console to buy.

It costs $25 million to create a game for the latest consoles, and even Nintendo says you've got to sell one million copies of a Wii title to make a profit. How many games have reached this plateau? 16 out of 486. Pretty bad. About as bad as the profitability of record albums released by major labels.

There are two reasons the record album blew up. One, the Beatles made it an artistic statement, standing alone from singles, and the record companies realized there was a hell of a lot more profit in selling big discs instead of little ones, full-length opuses instead of single tracks.

Somehow, in the ensuing four decades, artists have come to see albums as the holy grail, their right, just like a contestant on "American Idol" emulates Mariah Carey, employing melisma like peanut butter,
spreading it over the whole song. The marketplace, the listener?
He's been completely ignored.

Napster stripped the single from the album, and we're never going back to 1967 again, never mind the eighties and nineties when CDs were interminable in length and gargantuan in price. Now the public has the option to own only the itty bit it wants, people don't want to spend the time and money on the whole damn thing.

Not exclusively. There are artists who make album-length statements.
There are some acts whose audience demands more material. But does it have to be delivered in the same old way?

A true fan wants more and more music by his favorite artist. But he doesn't want it dropped like a bomb all on one day, he wants it released spread out over time. It's like a relationship is collapsed to a week, with not only kissing and intercourse, but babies and divorce all at the same time. Whereas real life is an endless stream of small moments. Musicians should realize this, understand it's a changed world.

The labels hate this, just like the big video game console makers.
The price point is TOO LOW! How are you going to compete against the kid creating a game in his basement? Which is exactly what is happening with the iPhone/iPod Touch. The little players, the entrepreneurs, are eating the big players' lunch. The big players didn't properly gauge the size of the market, not seeing huge price points and margins, they didn't get in, leaving the sphere to a zillion newbies. Sound like the music business? Labels should have been like Apple. Apple skims 30% off all app sales. It verifies the product for the consumer and guarantees payment to the creator. This is the role of the major label in the future, as a gateway of pre- approved product. But to believe this will happen is to think that the majors don't want to continue to try and hit grand slams and are interested in pennies as opposed to dollars.

The public has spoken. An app gets traction on the iPhone/iPod Touch not by being an endless game you can play for weeks in your bedroom, but something you can call up and enjoy while you're waiting for a table in a restaurant. We don't want to sit on the couch and listen to your opus, we want to hear exactly what we want as we surf the Web, as we work out, as we go on with our daily routine.

If you want to grow your career, you should focus on single tracks.
And each one should be attractive to the target audience. If you want to reach a mass of casual listeners, employ hooks, use tricks. If you want to start with a core, you can take chances. Believe me, if the Doors cut "The End" today, and released only this track, it would spread far and wide online. But if today's Doors released "The End"
along with nine other cuts in an hour-long package, not only would the populace at large never find it, many fans would never even bother to listen. They'd go to the gig, but go out for a hot dog or a pee break when the band played something deep into the album.

People have been overwhelmed. And the solution of the music industry has been to give them more. To the point where people have tuned out.

Sony had such a smash with the PlayStation2, that they built upon its strengths, creating an even more powerful machine with incredible
features. Turned out to be not only expensive, but difficult to use.
Users flocked to the cheaper, easily understood Wii. You can fire up the Wii and play a game of tennis before going to bed. Booting up the
PlayStation3 is like starting Windows, and there are endless system updates, only diehards care.


But these same diehards were early iPhone/iPod Touch adopters. They can't lug their console to the airport lounge, they've gotten hooked by these tiny little apps. Of which they've acquired scores.

Just like college students in 1999 and 2000 got onto Napster and took just the tracks they wanted. That's how we ended up with the iTunes Store.

If you're making an album today, I'm laughing. Create one song that grabs my ear, leave me wanting more. It's about bite-sized rather
than humongous. It's not so much about value as it is about special.
It's about music, not commerce.