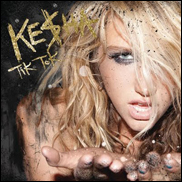 It's back. And its return has nothing to do with a change in record company strategy, no big time thinking on the part of managers or acts, but a change in the marketplace.


It's just about impossible to be ubiquitous. And the cost of mainstream acceptance is prohibitive, not only in dollars, but career. If you push an act down people's throats, some might buy it once, but most will walk away, doing their best to get out of the storm.


Ke$ha's brand new. Sure, she sang on somebody's track before this, but most people had never heard of her. Until she worked with Dr. Luke (how much of the record is her?) and made a train-wreck video. She hasn't sold a million albums, not even close, and if she went on the road the return would be bupkes.

And then there's Muse. They've been doing it for fifteen years and umpteen albums and presently they're exploding in America.


Was their video all over MTV? Is it about being on the "Today Show"? Did they have a big hit single?


None of these is true. But what they did have was an incredible live act. Which made concert attendees believers. Not only bringing themselves back, but all their buddies… YOU'VE GOT TO SEE THIS!


Wow, this is exactly how it used to be, in the vaunted days of classic rock, but even slower! At least we were all listening to the same radio stations back then. Now the audience is completely scattered, it takes forever to reach critical mass, and when you do…still, most of the public has no idea who you are…just like in the days of yore!


Not only were they the hit of Coachella, hell, they blow everybody else off the stage, Muse is going on an arena tour. If they play their cards right, they might even be able to play stadiums. That's the power of the music, that's the power of the show. People are reacting to the intrinsic elements, not the penumbra. In other words, it's about the essence, the music and the performance thereof.


Look at GaGa, at the other end of the spectrum. She's the most successful person doing it the old way.

She's touring on momentum built by videos and radio hits. And if those go away… Even Justin Timberlake had a hard time filling buildings on his last tour, whereas the classic rock artists can tour decades later, with no new hits. It can't be what have you done for me lately, it's got to be more I LOVE THIS BAND!


GaGa may continue to make it. Then again, her progenitor, Madonna, flourished in an era when video was king and we were all paying attention to the same hype. We were living in a monoculture then, we're living in chaos now.


So, who do you want to be, a comet or a star? Comets attract our attention and then disappear. Stars are in the firmament forever.


The Internet makes it look like we live in a world of train-wrecks. It's just that the gossip blogs, even the news sites are only interested in the universal or the bizarre. And usually music is neither. Not everybody likes it and it stands on its own. Hell, you can't hear an outfit in the MP3. The train-wrecks that sustain online are cartoons, people with no depth, like Paris Hilton and Greasy Bear. Whereas acts that sustain always have depth. "Yummy, Yummy, Yummy" might exist on radio, but when was the last time you bought a ticket to see the Ohio Express? Did you know it was the Ohio Express? Don't those bubble gum acts all run together?


You can't confuse Muse with what's on the hit parade. Muse is unique, and different, just like Zeppelin sounded nothing like Three Dog Night. Muse is better than ever because of all the effort, all the experimentation before the masses caught on. They developed in relative obscurity, and are now attracting gobs of followers. But no matter how big they get, many people in America will never have any idea who they are. The days of iconic music superstars are through. Unless, of course, you hype acts like movies, five new ones every weekend, almost none with a sequel. Think about it, would you rather keep reinventing the wheel or construct a BMW and drive it around the world?


Takes time to save up for a BMW. But it's worth it. Driving one gives such satisfaction. Hell, what do they call it, the Ultimate Driving Machine? Does anybody think Ke$ha is the ultimate music machine?