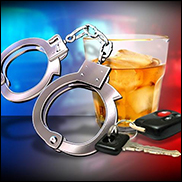 I spent the night in the drunk tank.


Ever been stopped for a DUI?


You don't want to be. And what's worse is they expect you've been stopped before, that you know the routine, what to do, and when you don't…


The LAPD gets pissed.


Well, let's wind the clock back to 9 PM. My best buddy is in from college, we've deposited his wife at my new apartment, where the drains didn't work, I'd just separated from my live-in girlfriend, I was in transition, back before that spoke to your gender, when it meant you were at loose ends, what some call sixes and nines.


And I got behind the wheel of my small automobile, within which I had upgraded the stereo, back when that was a goal, before they had pullout faceplates, before the crooks gave up and started stealing airbags instead. And wanting to demonstrate my sound system I cranked it up and on KMET they were playing a Beatles song.

This was 1980, the band hadn't been gone that long, nostalgia hadn't crept in, I wanted something more forceful, maybe AC/DC, which was shaking us all night long, but when I pushed the button for KLOS I found the same thing, another Beatles track. And then the same deal on KROQ and KNX.


How do you discover the screw has turned? The unexpected has happened? Something you cannot fathom has become real? My dad had cancer, I expected him to go. But John Lennon?


Hits you in the gut.

He was never the cute one, and he knew it. If you pull up the "Tomorrow" show you'll hear him say this. Delineate his insecurities and demonstrate his confidence and arrogance all at the same time. Lennon was the template for "rock star." He did it his way, damn the rest of the world.


And we followed him. Because we weren't used to such honesty, we hadn't been exposed to such talent.


And the Beatles were his band before it became Paul's. And then John quit. But when only insiders knew this, he dropped a single so infectious, so different from what the Fab Four were famous for, that it stopped you in your tracks.


It was February 1970, I was driving my mom's VistaCruiser, the radio was cranked, and from the dashboard, where the only speaker was located, came this mellifluous sound.


Not today, today we believe in separation. The rich fly private, believe their money trumps truth. But karma'll get you in the end. Your only way out is to join the tribe, become a member of the group.


But the group is no longer satisfied where it is. Remember the "Movement"? That's what the anti-war agitators were called back in the sixties, we were all in it together, today it's every man for himself.


"What in the world you thinking of
Laughing in the face of love
What on earth you tryin' to do
It's up to you, yeah you"


Now we're not talking about a safety net, but initiative, owning not only your abilities, but your failures. It's up to you to become all you want to be. Forget the Army, stealing our slogan. But can you self-actualize? The rock stars who had everything realized it was nothing, that's why they kept preaching about love.


John was imploring us to come along, to join him. He wasn't bitching about being ripped off, wasn't complaining that the system was against him, he was owning his power, and it was infectious.


But we were infected long before "Instant Karma!"


We were hooked when they told us we had that something.


But we were enraptured when we heard John sing that it wouldn't be long, no it wouldn't, before he belonged to us.


And then the deal was sealed with the "come ons" in "Please Please Me." The tonality of the vocal, this guy really meant it!


But my favorite John Lennon song, and my favorite Beatles song, was written by Paul McCartney, it's "Every Little Thing."


"When I'm walking beside her
People tell me I'm lucky"


Guys are useless without women. They can hang with their buds and talk sports, put each other down, but only women will listen to them, embrace them, make them feel okay.

And never underestimate George Harrison's acoustic guitar, and Ringo holding down the bottom, but it's John on the twelve string and most importantly the vocal. There was a real person inside. He may not have always liked himself, but he had us at hello, when he wanted to hold our hand, when he wanted to please us, when he sang about everything little thing she did.


But then the Beatles were done.


It was bad enough when they all got married, there was no way solo tracks would satisfy.


And then came "Instant Karma!" Wherein Phil Spector employed his wall of sound to make Alan White's seemingly lazy drums become a lead instrument as John insisted we shine on.


And John Lennon's memory has. Paul McCartney's legend has suffered in comparison. But one day they'll both be gone, and we won't believe they were ever here, that they burst on to the international scene fully realized, that they inspired kids around the world to pick up musical instruments and become rock stars.


Come on, you marvel at your iPhone, but do you really want to become an engineer?


But we just needed to get closer to this music, that we could sing along to, that spoke to us, that gave us instruction.


And the instruction was that we were all superstars, monoliths in our own right. John Lennon was just a fool, entertaining the assembled multitude, like Bob Dylan he had no answers, but that did not mean he couldn't weigh in, couldn't parse the truth, sing about what he felt and saw.


The Beatles became big and testified to what was wrong in the world.


Bono wants peace, but he evidences no flaws. And makes less memorable music. But after Paul Hewson, who've we got?


Nobody. Just a bunch of marginally talented complainers.

John Lennon needed it. To plug that hole in his heart. The irony is that all the love in the world didn't solve his problems, although Yoko Ono made him happiest, even though we could not stop deriding her for stealing him from us.


Howard Cosell rolled over and gave us the news.


But John's still here, gone in body, but surrounding us in spirit.


With enough juice in my tank I was pulled over on Highland and recited my ABC's quite well, walked Johnny Cash's line, but they put on the plastic handcuffs and installed me in the padded cell.


That's what happened to me the night John Lennon died.


Let that be a beacon to you.


John Lennon died for our sins. In a place where the mentally ill can get handguns and live out their fantasy.


But before that, John Lennon just wanted to be free. He wanted to stride amongst us, he wanted to feel the air in his hair and smell the great mass of humanity that inhabits this planet, especially in New York City.


John Lennon wasn't selling fear, but enlightenment, and he had everybody on his side.


Oh what a long strange slide it's been.


It's time for us to get back to Johnny's garden.