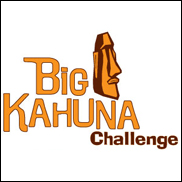 You can't do it without help.

Once upon a time, a couple of decades back, I asked David Geffen for help.
Ours was a correspondence relationship, I didn't go to his office, I don't
even remember talking on the phone. I believed I was hot, and with his
help, I could make it.

He didn't judge my talent. I just wasn't big enough for him. It wasn't
about money, it was about challenge… He had bigger fish to fry.

In other words, if the writer gives good meeting, he's a lousy writer.

I read that in a book. Never forgot it. Could even comb my brain and
remember who said it, but that's not important. But the underlying concept
is when something rings true, when it has resonance, you never forget it.

Jerry Weintraub made his first movie with Robert Altman. It was the
legendary "Nashville", which every studio had turned down. Weintraub did
not know this, of course. That's Hollywood… People may not exactly lie,
but they leave out the key elements…like Jerry was the producer of last
resort.

But Jerry went to bat for Altman, even put in his own money, because he
believed in Altman's talent.

Are you that talented? Almost no one is. Primarily because they lack the
perseverance. Any overnight success fades from the landscape as quickly as
he or she made it. Anybody who lasts had an epiphany at an early age and
has worked ever since for this crowning moment, when everybody's paying
attention. Sure, they need it, desire is key, but they can back it up,
because of all the woodshedding they did when no one cared.

So we've got few "artists" who can navigate the gauntlet to success.

And we've got few businessmen too.

There are plenty of managers who'll tell you what to do. Manipulate you.
Maybe even rip you off. But how many have a vision of what they can do for
you and can execute upon that? That's a very thin layer of people.

And it's not only skill or insight, it's relationships. Can you get so and
so on the phone? Or do you know another person who knows so and so? What's
your rep? Are you honest, do you come through, do you deliver? People only
want to be in business with those who deliver. The more successful you are,
the less time you have to waste. You don't want to sit around and talk
about doing something, you want to do it! And that's where so many lack
skill and get scared. Anybody can sit in front of the TV and fantasize a
relationship with an actress, but can you come to Hollywood and work your
way up the ladder until your dream becomes possible?

Anybody can go on TV and sing their song. Actually, that's untrue. There's
a skill in appearing natural, being able to sing as well as you do at home,
if not better. But very few people are willing to work in ratholes, for no
pay and no attention for years, the only one believing in themselves before
they get traction and get that TV opportunity.

It's easy to be on reality TV. Be incredibly good-looking, have a 1000 watt
personality and be willing to look stupid. But how many stars of the "Real
World" are in show business today? No, real stars base their careers in
talent. Sony dropped J. Lo because she couldn't sing. Tommy Mottola did
well with imaging, sold J. Lo's music when MTV was king and how you looked
was key. But once he was gone, J. Lo's music career was dead.

Castigate Tommy, but he knew how to get behind an act and push and sell it.
Mariah Carey may have succeeded at another label, but would she have become
a superstar?

Behind every great artist is a businessman. Who makes it easier for the
artist to create. Who paves the way. You just have to work on your talent
long enough until one of these great businessmen, whether it be a manager or
an agent or a record executive, takes notice of you.

And they're not going to notice you if you're jumping up and down screaming.

And they're not going to take your call if they don't know you.

And they only trust people they know.

And their reputations are so good, you're dying to be with them.

But they're only dying to be with you if it's a challenge, if it puts a
smile on their face as well as money in their wallet, if they believe your
talent is so great that if they do their job, you'll do yours.