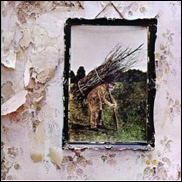 How could he do this? The touring industry needs Led Zeppelin, the fans are

Robert Plant employed the artist’s prerogative, which has not been seen in a

top level act, never mind a classic rock act, this century. While every

the fact, Robert Plant is saying let it be. To leave Led Zeppelin in the

seventies. When they wrote the book, when rock excess was married with music

critics pooh-poohed, but the little boys and girls understood it was the

is the author of the e-mail newsletter, "The Lefsetz Letter".

Famous for being beholden to no one, and speaking the truth, Lefsetz

addresses the issues that are at the core of the music business:

downloading, copy protection, pricing and the music itself.

His intense brilliance captivates readers from

insights are fueled by his stint as an entertainment business attorney,

majordomo of Sanctuary Music's American division and consultancies to major

Bob has been a weekly contributor to

CelebrityAccess and Encore since 2001, and we plan many

more years of partnership with him. While we here at

CelebrityAccess and Encore do not necessarily agree with

all of Bob's opinions, we are proud to help share them with you.

YOU ARE NOT ENTITLED TO SEE LED ZEPPELIN! It does not come with your DNA,

does not come with purchasing the tracks. You don’t get to do everything in

this life. Whether you made bread as a hedge funder or your parents indulged

your every whim. The O2 show was a one time event, even though no one

believed it. Not Jimmy Page, not John Paul Jones, not even ME!

You had to be there. That was the expression when Led Zeppelin ruled. You

had to awaken before dawn to line up to buy tickets. There was no DVD, what

you felt at the moment was all you got. A high you might remember forever.

Music wasn’t entertainment, it was life ITSELF! Not a single parent took his

kid to a Led Zeppelin show. There was none of the father/son bonding of

sex and drugs. If you didn’t partake, YOU WANTED TO!

Led Zeppelin’s music was created in this hot house. Jimmy Page was not the

guy playing "Whole Lotta Love" at the New York Stock Exchange, rather he was

holed up in the Ryatt House allegedly dripping wax on little girls. Not that

that was the band’s only infraction. Can you imagine an act today toting

around the mud shark story? Have you even LISTENED to "Mothers Live At

Fillmore East"? There was a cult culture, which was not on AM, not on TMZ,

that only fans could be aware of, AND THEY WERE!

year run, you deserve the silence. If you’re a kid and you’re wetting your

still-attached diaper, I’m telling you I never got to see Babe Ruth. And

therefore his legacy looms even LARGER! Hell, Joe DiMaggio would show up at

Yankee Stadium, but he didn’t take center field and show us how much he’d

That’s what a Zeppelin tour would be like. It would taint our memories of

the seventies. Those hot chicks with their tits hanging out… They wouldn’t

be wearing tank tops. And they would be too heavy to sit atop their

Sure, it’s not a crime getting old, but we don’t get to go back to high

school and we don’t get to see Led Zeppelin!

They had to change the key. Robert’s voice is different. This is no problem

if he’s singing new material with Alison Krauss, but you’re going to expect

"Stairway To Heaven" to be as good as the original, TRANSCENDENT! And do you

want him to sing shirtless again too? Mick Jagger prancing around in those

tiny outfits after working out ad infinitum is a joke. It makes you turn

your head. I won’t go to a Stones show. To think that I once thought they

were…the greatest rock and roll band in the world. Even though they were

uneven as hell. Now they’re a P.T. Barnum act. Yup, you’re a sucker if you

Robert Plant has not had plastic surgery. He grew up, can’t you?

Part of being a rock and roll fan is believing. But we haven’t been able to

believe in the acts in eons. They all make deals with corporations, they

won’t take a political position. Their handlers say not to hurt their

earning power, not to alienate potential ticket-buyers. These aren’t rock

and rollers, these are BUSINESSMEN! I can’t believe in THEM!

As for Jimmy Page? I guess it’s incumbent on him to find new players and

make NEW MUSIC! Instead of traipsing around the world living on fumes,

giving the people what they want. And they don’t want new Zeppelin music,

not of the quality of "Walking Into Clarksdale". Why tarnish the legacy?

I expect sometime in the future the band will do another one-off. To honor

someone’s memory, probably not for a charitable cause, Zeppelin was never

charitable. This is fine by me. Every fifteen or twenty years is okay. Kind

of like a family or high school reunion. Only this time, I’M GONNA GO! Why

schlep all the way to London, spend thousands of dollars, when the band will

come to my hometown and I can DRIVE THERE? That’s the way it is with all

these acts. They create a buzz, they test the waters, then they say the

public demands they go on the road. No, they want to get paid. And all their

handlers say to do it, the agents and managers WANT THEIR PERCENTAGE!

For far too long, the tail has been wagging the dog. The businessmen have

with his bandmates as Led Zeppelin, cheer out loud, that there’s one Greek

God rock star left who isn’t beholden to the money, who’s not worried about

giving the public what IT wants, but is only concerned with what HE wants!