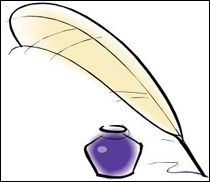 You know the music business is antiquated when it's eclipsed by the classically moribund book business.

On the front page of last week's "New York Times", there's a story entitled: "Writer's Cramp: In the E-Reader Era, a Book a Year Is Slacking". It goes on to delineate just that, today's authors are writing constantly, to slake the unquenchable thirst of their fans.

The advancements in the music business are:

Nowhere in that list do you find anything about the music itself. That has stayed the same. Artists make albums, infrequently. Sure, there's an occasional artist that drops an album a year, but has anybody thought about how this lack of frequency is affecting the fanbase?

Ever since the Clive/Tommy era, it's been about perfecting a product and selling it to every last person on earth over a period of years. As this article says, for literary authors, like Jeffrey Eugenides, that formula still might work, as it has for Adele, but for everybody else, it's positively backward. Not only are you trying to convince people who don't care, those who do are abandoning you.

You must maintain a relationship with your audience.

You think you're on tour satiating your fans, but in the town you visited months ago, the fans have already forgotten you, they're on to something else.

No, now you've got to make music constantly.

The rappers have this right with mixtapes, which is why Lil Wayne is so much bigger than the pop and rock acts. But many of those tracks are riddled with copyright infringement and can never be released commercially. Still, the model remains. These rappers are satiating their fans.

If you're taking a year plus to create an album, you're doing it wrong. Unless, of course, you're releasing a steady stream of singles at the same time.

You've got to be in the fan's face.

Scott Schiefelbein, a lawyer in Portland, Ore., wrote an enthusiastic review last month on Amazon.com of 'Second Son,' a short story by Mr. Child that Mr. Schiefelbein read after buying his latest novel, 'The Affair,' on his Kindle.

There is 'no limit' to the number of Mr. Child's books he would buy, Mr. Schiefelbein said.

'I'll give basically anything he writes a chance,' he said. 'With my favorite authors, I always want to read more from them.'"

Albums are an archaic format. Originally they were 78s put in paper sleeves between leather covers. Then we had the LP and the CD. These were physical formats dictating to the art form. When is today's format going to dictate to the art form? You can record cheaply and release constantly. This is a breakthrough! If you really have a statement to make over twelve tracks, be my guest.

Then again, nothing's stopping you from releasing said music at the rate of two tracks a month.

Furthermore, twelve tracks/an hour's worth of music is too much for almost anyone to digest anymore. It's easier for the audience when it's bite-sized chunks.

Then again, the labels want a revenue-generating event, that's why they support albums. And it's easier to drum up publicity in mainstream media…

Listen to yourself. You're positively old school. You're making music according to a dying formula when the public has already moved on and is ready for the new.

He who releases a steady stream of music, twelve months a year, year in and year out, will rule in the future.

Who's gonna be first?