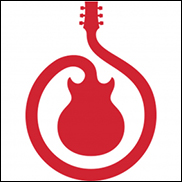 
While the rest of America is dashing for cash, while wannabe musicians keep complaining about Spotify, as if they could hold back the future, as if they were owed a living in music, a ragtag band of musicians and entrepreneurs is birthing the next generation of rock and rollers for the sheer joy of it. I'm not saying they're not getting paid, I'm just saying they're not getting rich. In cash, that is.


Greetings from Las Vegas, where it's gray and the season is turning but it's always the same. A place where people come to let loose and forget who they are, served by an underclass happy to have a job. When it's 24 hour everything you can get a gig working the graveyard shift, it may not pay well, but no one's paying attention. That's the luxury of Vegas, what happens here no one cares about. Except if you're rich and famous.


But most people are not.

The dynamo of the School of Rock is a dentist. Who's not a player. He got infected when he saw the people his daughter was interacting with, so different from the usual suspects at her private Philadelphia school. Musicians have been the same since the dawn of time. They're outsiders, who are about sharing and caring as opposed to dividing lines. When society pooh-poohs you, you come together.


And there's a surgeon who owns a couple of franchises. He may save lives on the operating table, but what really gets him off is the smiles of the young 'uns who get up on stage and wail on the classics that soothed his youth.

That's right, music used to be different. Before the whole world changed, before it was us versus them and those with the money didn't want to part with it and those left behind kept complaining that someone stole their cheese. We were all in it together, and what kept us together, was the music.


A rock nation. Under Gods like Jimi Hendrix and Alice Cooper and even Gene Simmons. All of whom filled up your bedroom with a sound so glorious you couldn't help but smile. Their music made life worth living. And it's making life worth living for a whole new generation.


Sure, some of the students want to play the modern stuff.


But the School of Rock says you start with the basics. Kinda like regular school. But the Who is so much more enticing than Camus, never mind algebra.


So you've got housewives and retirees and barely twentysomethings all opening emporia to teach rock. And sure, there are lessons, but the essence is performance. It's when the kids get on stage with others and crank it that they smile. And it's these smiles that keep the owners going. They're doing it for the naches. Look it up, it's Yiddish. In our narcissistic culture it's all about pride in the self, puffing yourself up, on Instagram, showing what you've got. But the truth is you feel best when you midwife the happiness of others, that's what the School of Rock does.


And either you know about it or you don't.


It was started by Paul Green. But thereafter, franchises were sold and every year or so the troops get together to learn.


Especially from the CEO Dzana, who immigrated from war-torn Sarajevo. It's people like this who make our country great. How did we get so screwed up that we believed the immigrants were here to steal our jobs. Yes, they want what we've got, an opportunity to be their best selves, to have a family, to excel. You too have that right as an American, better to stop complaining that someone stole your chance and make the most of yours.

Dzana had such great insight. That the bane of the School of Rock was laziness and fear. The belief that you just can't get there so you're better off not trying. Her solution is to hook up the top 10% with the bottom 10%. The winners help lift up those who are challenged. Why do the winners do it? BECAUSE IT MAKES THEM FEEL SO GOOD! You know, like when someone gives you tech help, when they solve your problem. People love to demonstrate their expertise, they love to help others. You think it's about ME, ME, ME, when the truth is it's about YOU, YOU, YOU!


And you buy a franchise and then you become part of this wonderful crazy family, that's what an owner said on stage last night. As she belted…


Yes, after learning all day, they cleared the stage for performances.


First were the All Stars. Teenagers who'd earned the right to not only perform in Vegas, but go on tour. They caravan to such places as Chicago, to grace the stage at Lollapalooza. And even Bridgeport, Connecticut, for the Gathering of the Vibes. They even send a contingent to the Zappanale, over in Europe, to not only soak up Frank's music, but play it.


And the Sydney school flies over for performances too. Not everyone, just the greats. And the kids are incentivized to be great, because they want to go on tour. And sure, some make it to the big time, graduates pepper the professional ranks, Colbert has got a School of Rock alumnus in his band, but most don't. But they have an experience of a lifetime.


As did the owners and the general managers and the instructors, who got up and played the legendary hits for hours last night.


I heard a brilliant version of "Highway to Hell," it had me standing up, thrusting my arms in the air.


Jaw-dropping was the rendition of "Cosmik Debris," you know, the Zappa track. I certainly do, I played it as an alienated youth, I felt that Frank understood me, that's the power of music.

And "Under Pressure" and "Baba O'Riley" and "Rock of Ages"…


"All right
I got something to say
Yeah, it's better to burn out
Yeah, than fade away"


They give musicians a second chance. When they're between gigs, when their touring and live careers have dried up. They teach at the School of Rock. Which doesn't start until 2, so they can get there on time. And they can still perform on weekends.


"Rise up, gather 'round
Rock this place to the ground
Burn it up let's go for broke
Watch the night go up in smoke"


Actually, it is Vegas, one of the few places you can still puff away indoors. But long after midnight, when most people are tuckered out and trundle for bed, this crowd was out in full-force. Cheering on their brethren, slaying the axe, tickling the ivories, pounding the skins. They danced, they sang along, they cheered. You know, like at a rock and roll show.


I'm over sixty. I own no real estate. My future is uncertain. But I've got this sound, that I studied like the Bible. I know who played what and have followed the tree of life known as music all over the globe, and as I was standing in the Lounge last night I realized these were my people, these players, these instructors, these owners, who know that rock and roll can save your life, if you just let it.


"Rock of ages, rock of ages
Still rollin', keep a-rollin'
We got the power, got the glory
Just say you need it and if you need it
Say yeah"


Ain't that the truth.