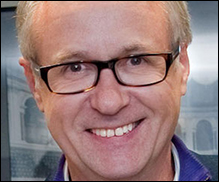 
In January, Hole contracted encephalitis and as a result has suffered some memory loss. While he is making progress towards a recovery, a full resumption of his responsibilities is not possible at this time.


As the exec`s recovery continues, he and the company will discuss projects in which he will have continuing involvement.


Following Max’s departure, the company’s regional heads (for regions outside the US) will report directly to UMG chairman and CEO, Lucian Grainge.


Hole said: “I have loved working at Universal, the best record company in the world. Lucian is an extraordinary person, both an exceptional creative and business executive for whom I have great affection. We have known each other for a very, very long time and I’m so glad we remain friends.


"I love so many of my colleagues around the world that there are too many to name, but I’d like to mention my close friends Boyd Muir, Richard Constant, David Joseph, Frank Briegmann, Pascal Nègre, George Ash, Jesus Lopez and Andrew Kronfeld. Finally, there are our incredible artists, some I have been close to and some I have watched and loved from a distance. I wish our artists and Universal a hugely successful future.”


Grainge added: “Max Hole is one of the most talented and accomplished executives to have ever worked in the music business, with an undying passion for music. He has been one of our industry’s most effective champions, opening new markets and creating opportunities for artists and fans everywhere. Max’s contributions to Universal will be forever a part of the fabric of this company and our industry, and he leaves with our deepest gratitude and respect.”


Hole joined UMGI in 1998 as SVP, marketing and A&R. In 2004, he was promoted to EVP and subsequently added responsibility for digital, strategic marketing and commercial affairs, as well as Asia Pacific and Nordic/Central/Eastern Europe. He was appointed COO of UMGI in 2010 and in 2013 was appointed Chairman and CEO of UMGI.


His music industry career began as an independent artist manager and record producer. In 1982, he joined Warner Music UK as A&R manager, rising to MD of WEA Records and, in 1990, founding managing director of East West Records. During his 16 years at the company, he was involved with such successful artists as Simply Red, Tori Amos, Pretenders, Sisters of Mercy, Chris Rea and The Corrs, among many others.


Hole was recognized in the Queen’s 2015 Birthday Honors List and awarded Commander of the Most Excellent Order of the British Empire (CBE) for his service to the music industry.