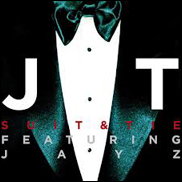 Justin Timberlake got everybody to pay attention for twenty four hours.


David Bowie's reign was a bit longer, he was gone longer, but we all know when the album comes out it will sell for a week, and then fall off the chart.


Used to be it took forever to reach everybody. Now everybody knows in a day and then moves on.


It's kinda like the streaming model, it doesn't matter if someone buys your record so much as whether they LISTEN to it!


How can you get someone to listen to your record? Especially in a world full of diversions. Used to be nothing was happening, teenagers were bored, they had time on their hands to marinate in mediocre, to embrace it and

call it their own. Now everybody's foraging for phenomenal and if you're not, you're history.


Justin Timberlake blew his wad. Everybody listened, callout research is mediocre, and even old wave radio, which major labels depend upon, may not continue to spin it.


If you're not rethinking your game, you're going to be plowed under. Forgotten. Irrelevant.


Either go on the road and play your hits.


Or stay at home and live on investments.

There's always room for great. The problem is it's almost impossible to bat 1000. Baseball players hit 300 and they're in the Hall of Fame. But in modern music it's believed that nothing should be released before its time, so everybody massages the tracks into irrelevance.


But in this case only he and his band of yeasayers believed the track was worthy. The public shrugged its shoulders. Same with Christina Aguilera. They're all detached from their fans, they're all playing to gatekeepers who are bombarded with content and mean less every day.


David Bowie gets into every publication known to man, both music and straight media, but try finding someone who can sing the song. People listened once and moved on.


Is this the modern paradigm? A spike of publicity and then history?


A star is no longer just someone who plays.


A star is someone with a symbiotic relationship with his or her audience. Who's constantly creating, revealing what's happening behind the curtain, reacting to feedback and testing limits.


If you're doing it the old way, you're toast.