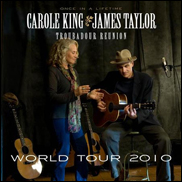 This was done all wrong, too last century.

Bottom line, today you've got to promote a show. JT and Carole King had it right. Do the intimate performance first, and then tour on the ultimate recorded product thereafter. If Sting had made the album/DVD first, and had done a deal with PBS for pledge break viewing, this tour would have sold out. Instead, he's overcharging on the let-down of the end of the Police reunion and most people just don't care.


But the show was fantastic.


Last time I saw Mr. Sumner was at the Greek, back in '93, just after "Ten Summoner's Tales". What a great album. Playable throughout, over and over again.


But live, Sting was somewhat boring. I felt no need to go again.


But last night, when the orchestra zipped into the intro to "If I Ever Lose My Faith In You", my heart started to palpitate, I rushed from the concourse to the venue, I didn't want to miss a second.


When done right, music has the power to lift your spirits, make you rise above the b.s. into a land of euphoria, where you love life and hate no one, where you feel like your body is being endlessly bathed in hot oils, where the petty disturbances of life disappear.


The orchestra is swinging…and suddenly, Sting steps to the mic and sings…


"You could say I lost my faith in science and progress"


You could say I lost my faith in music. But last night a strong wind blew upon the flickering ember and the fire once again burned bright.


After the triumph of "Ten Summoner's Tales", Sting released a greatest hits package with two new tracks bookending the album. And unlike the third rate tracks Taylor Swift added to "Fearless" to sell more product at Christmas, these new numbers were every bit as good as the classics in between.


And speaking of dancing, the first side opener was "When We Dance".


Ain't that the way of the world.

And then he and the assembled multitude played "When We Dance". Oh, you're so close, you're touching, adrenaline courses through your body, it means so much to you, and so little to her. You write speeches to her in your head, but you can barely get it out when you encounter her in real life. She's relaxed, and you want to run.


And this theme of introducing the songs, telling the backstory, was employed throughout.


Most fascinating was the history of "Russians"… You know, the Soviets must love their children too. Sting got inspired by watching Russian TV at Columbia with a professor friend at the end of a long night of drinking, when it was still evening in New York, yet it was morning in the USSR, they were broadcasting cartoons.


And with a long intro about country music, I thought Sting was going to perform "This Cowboy Song". Alas, he did not. But this intro led to "I Hung My Head", another number I knew…I knew everything in the first half of the show.


But the second half contained the exploration, even an unreleased composition. So, one couldn't say it was merely a greatest hits show, that it just wasn't an old fart reunion, but at least Sting admitted he was an old fart. That we were in it together. He hadn't gotten plastic surgery to look younger than us, he was one of us.


But much more talented. When you listened to the sheer breadth of his catalog you were stunned. From the Police to the early solo days to others covering his songs to…


Can Sting have another hit?


If he doesn't release another album, if he just focuses on a single track.
Which he whores out to the media the boomers pay attention to.


Where does he go from here? I'd like to say this show was necessary, that the orchestra added a whole new dimension. But it was on some level superfluous, just another hook to get people to come. But the songs…
They were enough!

"Why Should I Cry For You"… Meant little to me on "The Soul Cages", but the remix from the greatest hits album, with that circular guitar figure, makes you want to lift the needle and play it again and again and again.
Sting detailed the inspiration, told the story of growing up the son of a milkman who instructed him to take to the sea.


Sting's endured years worth of abuse. The tantric sexcapades, the arrogance, but somehow he still smiles. And we do too. Because, in the end, talent triumphs.


P.S. My sources tell me you can buy tickets for Irvine Meadows for ten bucks, that only 5,000 tickets have been sold. Everybody knows the songs, they just don't know they should go.


P.P.S. You've got to join the fan club to watch videos, you've got to pay a minimum of $45 for the privilege (https://signup.sting.com/), along with a shot at a decent ticket. This is all wrong. Today the video online must be free, you're thrilled if someone actually watches, maybe they'll buy a ticket.

P.P.P.P..S. Halfway through the second set, the woman from the next box nudged me on her way to the bathroom. She spoke, but the music prevented me from comprehending what she had to say, I asked her to repeat herself. And what she said was it was thrilling to see someone so into it. Which is somewhat embarrassing, had I been distracting her, had I been singing too loud, or had she just seen me clapping, poking Felice? Then again, only music can make me feel this good.