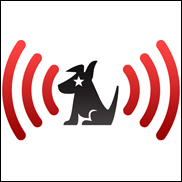 And they only have two minutes of commercials an hour.


As they say on the broadcast, you're only two minutes away from music. If
all terrestrial stations adopted this paradigm, could the terrestrial radio
band have a resurgence, could it dominate?

We all hate terrestrial radio. Because of the COMMERCIALS!

And Pandora is programmed by a computer. Which is why it always gets it so
wrong. When it comes to music, when it comes to taste, we need a human
being.


Satellite's got human beings, but you pay for it. And it's hard to convince
people to do so. It's just not an instant close. Because satellite doesn't
know who its audience is. The way you succeed today is to turn your
customers into evangelists. And satellite hasn't had that ability since the
merger. It used to be a club of renegades, now it's where the terrestrial
talkers go to die.

Except for Howard Stern.


But there are always exceptions.


But maybe in the future we won't be spoon-fed. Maybe we'll choose all our
own music.


But maybe we won't.


Jeff used a great word today, EXHAUSTION! When you come home after a hard
day at work do you really want to dig in and pick what you want to listen
to, or do you want someone to do it for you? Sure, a muso is dying to
curate his own playlist, then again, how do you discover anything new?


At two minutes an hour, if he sells out, Jeff's stations make money. He's
not quite there yet, he's still got unsold inventory. Because the price is
high. But advertisers are seeing the light. If you support a station that
puts the listener first, it burnishes YOUR image.


Terrestrial radio is no different from the rest of America. It's all about
short term profits. It killed the major labels, it's anathema to developing
something with credibility, with longevity. We need to believe. And belief
takes time. If you're taking the easy way out, we don't want to go along
for the ride.


Look at Apple. They break every rule. The products are unique, what you
didn't even know you wanted, and they're anything but cheap. Could radio
succeed at this game? Giving people what they should hear, not what they
want to hear? In other words, if you throw research out the window and
trust your gut do you actually GROW your audience? There's a business in
me-too, but the true riches are in being unique.

We had a great hang today at Le Pain Quotidien. I follow Jeff on Twitter,
he responded to what I wrote about Troy Carter and when I wrote back he told
me we should get together.


And what did we do when we connected this afternoon? We talked about MUSIC!


It's hard to talk about most Top Forty music today. What's there to say?
Ke$ha brushes her teeth with Jack Daniel's? That's the big story online.
Or do we want to read an expose on Diane Warren or Dr. Luke? Interesting,
but what we like most is artists, with a point of view, doing it their way.
How do we foster this?


The economic crash in the music business is weeding out a lot of those
looking to get rich quick. Used to be you played music because you were
inspired by the blues, now you're inspired by "American Idol" and the cash.
If you put fame and riches first, you end up with today's popular music,
tripe.


Not that there's not good music out there. What if someone programmed the
best of the best?


Do we really need narrow niches? What if we had personalities listeners
could believe in? Who were beholden not to the boss, but the fan. Who kept
their jobs not only because they didn't air tune-outs, but because they had
something to say, because they had a point of view. Ryan Seacrest is
today's most popular deejay… What does he stand for again? Questionable
sexuality? A willingness not to offend? A desire to be ubiquitous?


The stations of yore survived on the personalities. WNEW FM was carried by
Scott Muni, never mind Alison Steele and Zacherle.


If you build it, they will come.


But you've got to build it with them in mind.


That's what's wrong with Pandora. They say it's about listeners, but it's
really about getting rich.


Not that radio stations should lose money. But if they see themselves as a
service, a life force, they've got a chance to survive.


Terrestrial could kill satellite and Pandora overnight if they turned down
the commercials and opened up the playlists, if they became Apple instead of
Microsoft, if they appealed to those who cared and learned to care instead
of being a commodity.


We can't bring the public back to what once was.


But we can corral them to where we want them to be in the future.


But only if we put them first.