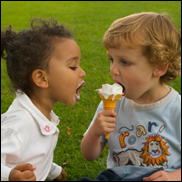 You're gonna pay in the future.


Yesterday there was a piece in the "New York Times" lamenting the write for free mentality of the Internet. The truth is there are two classes, those who get paid and those who don't. And those who do would never work for free, they're professionals.


I'm not saying people won't give away their wares for free online in the future, I'm just saying this whining that you can't make any money, that everyone expects everything to be free online…those days are just about through. Sure, you can read posts free on Facebook and Twitter, but those sites were built on the public's back. And they've peaked too.

Because I didn't post a photo last night because I knew nobody was interested. At least not enough to make the effort.


You see the Net has been built on cool. It's been about the new new thing. But those days are through, it's solidifying. Now we've got winners and losers, and the odds of going from the underclass to the ruling class online are about similar to those doing the same thing in real life, essentially nil. Yes, the American Dream is dying online too. A few people make it through, but it's like winning the lottery, the odds are low.


Prior to the Internet, did you sit at home watching television saying I CAN DO THAT?


Maybe, but you rarely took action. Videocams have been around since the late seventies, they were cheap in the eighties, was MTV inundated with home made tapes? Of course not, especially when videos became slick, expensive productions in the late eighties and nineties.


We've been sold a fiction. That the Internet has leveled the playing field. That all are welcome and respected. Hell, you can't even get people to read your tweets, what makes you think you can get them to watch your YouTube clips?

Sharing has peaked. At least your own personal stuff. Sharing will be limited to sending along what has already broken through. Because no one has the interest or time for the wannabe.


So we're returning to the old era. Just when you believed we were on the cusp of a new.


There's no tech breakthrough on the horizon, no new Website paradigm. We've already got mobile phones, maybe we'll get watches… As for Google Glass and other wearable computers, other than specific items like Fitbits/trackers, that help us individually, they're niche, because they don't do something we want them to.


As for paying… For all the hoopla over piracy, unless you're HBO making your shows unavailable without a cable subscription, it's no longer an issue. Ten percent of the people will never pay. The rest crumble to convenience. Kids don't bother to steal music anymore, they just go to YouTube, where the artists do get paid.


The "Wall Street Journal" is behind a paywall. The "New York Times" has got a soft paywall. They no longer care about dominance, they want to survive. There are micropayments on iTunes. Figure out a universal payment system that's friction free and suddenly you're paying for everything.


That's the online trend. Not freemium, not give it away and hope to make it up on the road, but raw payment. And it might not be much now, but it'll grow. It might not be what it once was, but what will be what it once was is the culture of winners and losers. It's the culture of curation. When people are overloaded, they gravitate to the known, or abandon altogether.


The Internet has been taken over by the man.


And that includes everybody who went to Silicon Valley to get rich. As for Google saying to do no harm, they're gonna use your identity in ads without permission, unless you're sharp enough to opt out.


Apple was never free. Sure, its OS is now free, but only if you own an expensive computer. The company's goal is to lock you into their system.


So we're giving you your life back. Same as it ever was. Just you and your family and buddies, no one else is interested.