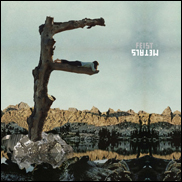 
I want you to read this article from the "Guardian":

"When Bands Fall Off Cliffs": http://bit.ly/tybZch


For those on mobiles or just too lazy to click through, the subtitle is: "You sell a couple million albums. You're adored. Then 90% of your fanbase deserts you-and your record label isn't far behind. Rob Fitzpatrick investigates band collapse syndrome"

It all comes down to radio. Either it plays your new single or you collapse. Live by the sword, die by the sword. Doesn't matter what you did in the past, if your new record ain't a hit on the radio, you're toast. Just look at Christina Aguilera. Her album stunk up the joint, she got no traction at radio, and she had to cancel her whole damn tour.

Didn't used to be this way. Used to be bands were developed slowly. The audience saw them as more than one hit wonders. These are the classic rock acts. Once we got to the video era, band shelf lifes shortened. Now it's nonexistent.

If you were made by the machine.

If you made it outside the system, if it was about touring and gaining fans slowly, you're laughing all the way to the bank. Recorded music revenue may be way down, but Phish is still cleaning up on the road, despite never having a mainstream radio hit, without having any radio airplay whatsoever, except for pockets of college and Triple-A exposure.

And then there are the electronica acts. Arguably, Tiesto is the biggest touring act in the business. Sure, there are a handful of acts who could draw more, but Tiesto can do it night after night, every show is different, people come for the experience. And most of America's got no idea who Tiesto is, they've never even heard the name.

Today's big Top Forty star, Rihanna, if she fails at radio next time, she's in the same boat as Christina Aguilera. Same deal with Katy Perry. See why the major labels are up in arms, why they're freaking out? You can't sell a record and nothing lasts, how's that for a paradigm?

Now the above Feist numbers are far from terrible. And everyone says the record is good. But let's leave the music out of the equation. Last time around she had a hit, if she doesn't have one this time…she's going to fade into obscurity. There won't be a farewell tour, no cleaning up financially before she returns to the Great White North. Oftentimes, the revenue you book when you're hot is the only revenue you're ever gonna get. Save your pennies, because the future is dark and dismal.

So what game do you want to play?

If you want to last, head straight for the wilderness. Leave the big machine behind. Work neither radio nor television. Concoct a ten year plan instead of a ten minute plan. It's probably gonna take you that long to get noticed and build. But once you've made it, you'll have a fan base that supports you. You may starve until you're thirty and not even be comfortable until you're forty. And it's not your fault, it's hard to reach people and they're conditioned to believe everything is evanescent and close to worthless, why should you be different?

The machine lauds new music and movies, which flow over the audience like a tsunami. You didn't like last week's flick? Don't worry, we've got ten more for you this weekend! Many people tune out. They believe there's nothing good out there. But you know this is not true. But it's hard to convince those who believe otherwise. That's your mission, convincing people who think everything's crap you're not.

And as soon as they see you dancing, in fashion shoots, hear your song on Top Forty radio, they put you in that category, of here today, gone tomorrow. We used to look up to those trumpeted in the media. Now they're fodder for ridicule. That's what TMZ and Radar are all about. Everyone knows your name, but they're laughing at you.

You've got to have fans to survive. View it like a marriage. You date plenty, but the thought of being hitched up to these people is anathema, you'd rather commit suicide. You're looking for that one true love. Same deal with establishing a fan of a band.