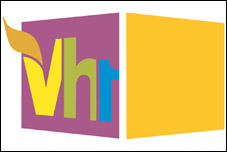 I was thinking that music should be banned from VH1, then I saw Pearl Jam.

I read this great quote. How did they decide to honor the Who? Well, they

were thinking of someone else, but the Who were available. They were

creating a TV show! Maybe that’s how they ended up with this ridiculous

I’ll admit to liking "Learning To Fly", and Dave Grohl is certainly

charismatic, but if the Foo Fighters aren’t the most forgettable major act

As for the Flaming Lips, Wayne Coyne’s laughing all the way to the bank.

got to do his roll in a ball act on national TV!

Tenacious D did their cover of "Squeeze Box" o.k., but if Jack Black wasn’t

a movie star, they wouldn’t have even made this bill.

has to say about music. That’s like asking Katherine Heigl who is going to

win the World Series. As for the reverential talking heads… Can Cameron

Crowe ever say anything NEGATIVE? He needs to if we’re going to take his

gushing seriously. Only Mick Jones had any cred, because he deigned to

appear as himself, an old man, ravaged by age and time. That’s what happens

when you get old, you lose your hair and…your voice?

Pete Townshend is magic. You watch him windmill, you see his everyman

countenance and you tell yourself…THIS IS ROCK AND ROLL!

As for Mr. Daltrey… I ultimately had to fast-forward, it was too painful.

And who chose their material? Although Roger sang the final number, from

their recent album, well, it’s a mediocre track. Only marginally worse than

"Who Are You"? EVERYONE knows that the band took a huge slide downhill

after "Quadrophenia", and if you’re going to play later material, at least

I wanted the Who to be great. Adam Sandler had primed me, the lasers got my

heart palpitating, and then they disappointed me. What can they do? They’re

old, and they’re missing Keith Moon and the Ox. Who truly can’t be

replaced. If you ever saw them together, you know of what I speak. I’d

rather see Pete solo. How about "A Little Is Enough"! But not many people

will pay for that, so we end up on an endless victory lap, that despite

Speaking of the intro, Adam Sandler was FANTASTIC! He did more for the

cause of music education than Guitar Hero and Rock Band combined! Yup, up

there on stage solo, Adam picked the notes on his Les Paul and got the

exact sound of "Magic Bus"! I was waiting for him to fuck up. But

obviously, when not making movies, he’s been PRACTICING! I’m sitting there,

thinking… If I bought an electric guitar, if I got the right effects pedal,

could I make this exact same sound? Couldn’t be THAT hard, after all, Adam

Sandler’s doing it! This was a highlight, watch it! As for the new lyrics,

pretty good. Adam was electric in a way the Who ultimately wasn’t… But he

was blown off the stage by Pearl Jam!

Actually, Pearl Jam was on first, before Adam. And there’s something that

bugs me about Eddie Vedder. He takes himself too seriously and I would like

a little sweetness in his voice.


Speaking of serious, they opened with a seemingly endless take of "Love

Then they tore into "The Real Me". It was a REVELATION! I’m tingling just

Rock and roll is something that can’t be quantified, sometimes it’s not

even something you hear, but FEEL!

Pearl Jam looked like they just came from lunch, wearing their everyday

clothes, like a band from the seventies. The drum hit, the guitar slashed

and the bass started DANCING at the bottom. Shit, THIS IS THE EXACT SAME

ENERGY THAT OPENS QUADROPHENIA! You know, after the overture, "Real Me"

EXPLODES out of the speakers.

have played with Roger and Pete, not the impostors they’re employing. Moon

played with a manic energy. He wasn’t thinking, but purely running on

instinct. Hitting everything in his path. But somehow, it all sounded

right. The pure volume of sound, the cacophony, it was MESMERIZING!

And speaking of mesmerizing… Jeff Ament is positively channeling John

Entwistle. His fingers are dancing all over his bass. He’s moving just a

bit more than the Ox, but he’s still in his own world, not just pinning

down the bottom, but creating a WHOLE WORLD down there!

As for Mike McCready, he’s doing a modern day Townshend. So possessed by

the music that it’s taken over his whole body, he’s jumping, he’s

splitting. You know how you dance around your bedroom? When no one’s

watching, when you feel the music completely? THAT’S MIKE! But he’s getting

That’s what my first shrink told my parents. That all I wanted to do was

stay home and listen to records. But at least I wanted to do SOMETHING!

Can you see the real me?

The real me is someone who’s never sold out, who’s followed the music, to

here. Been a rough ride, but I had no other choice.

A real musician has no other choice. The stardom is secondary, as is the

bread. You do it because you have to. You only feel good when you’re

playing. It’s what your life is about. And when you get to do your act, the

audience can feel it, your dedication, your PASSION!

Pearl Jam is not really playing for the audience, they’re playing for

THEMSELVES! Your goal is to get closer, you want some of what they’ve got,

that energy, that FEELING!

Now I know why Pearl Jam sells out arenas long after their last "hit".

People who go know. That they can only get this feeling at their show.

Sure, there are some other acts that deliver. But very few. And most of

them are old, from an era when music still mattered, they’re running on

But Pearl Jam is not running on fumes. Watching this, you’d think they’re

the most vital band in the land. You’d believe there’s still hope for rock

(Pick the other elements of the show from the menu on the right.)