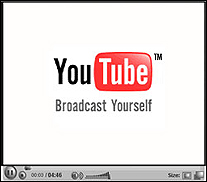 NEW YORK (CelebrityAccess MediaWire) — As video technology becomes more accessible, both in cost and capability, more and more live concert performances are showing up on the web after being recorded by fans.

A quick search of YouTube will turn up a wide range of videos from live performances – everything from classic sets by bands like Traffic, or the Beatles rooftop concert to the latest show by The Killers are all ending up on the video sharing service, free of charge.

Recording concerts isn't a new fad. Ever since recording devices became small enough to carry into a venue without being noticed, fans have been capturing shows. Some bands, such as the Grateful Dead even spawned a sub-culture of traders in these bootlegs, as they are known.

Sites like bootlegarchive.com and archive.org host thousands of different concert recordings and typically offer them for free, or in exchange for a willingness to share material from your own collection.

The ubiquitous nature of camera/video recorders has helped fans take this to the next logical step. Utilizing file sharing sites like YouTube concert bootlegs are appearing on the net within hours of the actual event, usually posted by people with no connection to the performers.

These recordings are increasingly garnering the attention from commercial media. Companies like Aol.com and ControlRoom.com are trying to leverage this new technology as a content for consumers, streamed to their homes or mobile phones live or after the event.

Kevin Wall is one of the people at the forefront of this content channel. After producing the Live 8 concerts for AOL, lauded by many as a better experience than the more traditional MTV television broadcast, Wall and ControlRoom.com are now gearing up in partnership with MSN to handle simultaneous broadcasts of the upcoming SOS Concerts being held to raise awareness of climate change issues.

Significant hurdles still remain for this new content channel. The availability of broadband connections, while expanding, is still limited in some areas. Standardized technology and methods to insure that content is protected against illicit distribution will are all issues that will need to be addressed as this facet of the business gains market share and finding a way to attract consumers as the glut of entertainment options continues to expand. Rest assured however, that as content delivery becomes increasingly handled on the 'net that this will be big business. – CelebrityAccess Staff Writers