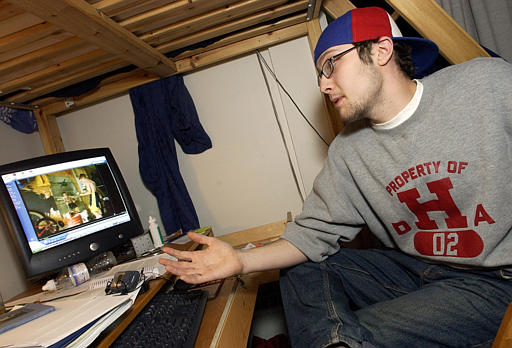 (CelebrityAccess News Service) – The percentage of online Americans downloading music files on the Internet has dropped by half, and the numbers who are downloading files on any given day have plunged since the Recording Industry Association of America (RIAA) began filing suits in September against those suspected of copyright infringement. Furthermore, a fifth of those who say they continue to download or share files online say they are doing so less often because of the suits.

A new nationwide phone survey of 1,358 Internet users from November 18-December 14 by the Pew Internet & American Life Project showed that the percentage of music file downloaders had fallen to 14% (about 18 million users) from 29% (about 35 million) when the Project last reported on downloading from a survey conducted during March 12-19 and April 29-May 20.

"The record industry law suits have been a watershed event in American culture, so we naturally wanted to see how they might have affected people's behavior" said Mary Madden, a research specialist at the Pew Internet Project who co-authored the new study. "While some people may simply be less likely to admit to downloading now, we have never seen an Internet activity drop off this dramatically. And the comScore data confirm that something significant has happened."

The data from comScore Media Metrix, based on the company's continuously measured consumer panel, show significant declines in the number of people with peer-to-peer file sharing applications running on their computers. The declines in the user base of each of these applications from November 2002 to November 2003 were: 15% for KaZaa, 25% for WinMX, 9% for BearShare, and 59% for Grokster.

Conversely, comScore has observed that in recent months a growing number of consumers have turned to a new generation of paid online music services. In November 2003, 3.2 million Americans visited Napster.com, which re-launched as a paid online music service in late October. Apple's iTunes, which expanded to serve Windows-based PC users in mid-October, drew 2.7 million such visitors in November.

While multiple factors may have contributed to the decline, every nook of the music downloading world has been affected, including the parts of the population that were the most prolific users of online file-sharing networks. Steep drops in downloading were recorded among students, broadband users, young adults (those ages 18-29) and Internet veterans. –Jane Cohen and Bob Grossweiner