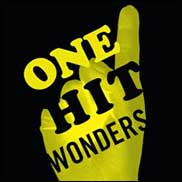 (Hypebot) – For almost a hundred years Billboard has been producing music charts, and artists that have a single hit who then drop into oblivion have always played a major part in them.
These "1 hit wonders" either come and go (like Keith's "98.6" in 1967) or hit the oldies circuit (Nena with "99 Luft Ballons" in 1983), but every year the charts are littered with them.

There are fewer and fewer 1 hit wonders every year.

An analysis of the last 50 years of Billboard's Hot 100 singles chart by Priconomics found that in recent years the number of artists with a hit has declined to an all-time low.

Obviously, the music industry would rather there be more hits as it would be better for business and possibly build more careers. Radio, unfortunately, doesn't see it that way.

Radio needs listener attention to keep its ratings, so it's to their benefit to play songs that everyone knows for as long as it can.

That said, the music business is putting much more energy into promoting established artists than trying break someone new, which perpetuates the cycle.

Regardless, there are fewer new hits to listen to every month, and we're all the worse for it. Just image how boring oldies radio will be 20 years from now. – Guest Post by Bobby Owsinski on Music 3.0 Blog