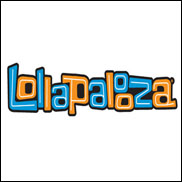 BERLIN, Germany (CelebrityAccess) — The Weeknd, Kraftwerk 3D, Imagine Dragons, The National, David Guetta and Liam Gallagher are among the headliners announced for the 2018 return of Lollapalooza’s Berlin festival.

In addition, Lolla organizers are staging the family-friendly Kidzapalooza, while adults can take in art installations at the Lolla Fun Fair.

This year will mark the fourth time for Lolla in Germany’s capital, and the second year at their new home after being compelled to relocate from Berlin’s Tempelhof Airport after it was retasked to serve as a temporary residence to accommodate refugees.