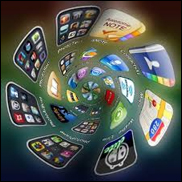 Silicon Valley, CA (Hypebot) – 2013 was an eventful year in which a lot of things happened but only a few of my expectations and predictions were fulfilled. So rather than predicting things I'm going to share some specific trends related to music and tech that I think are worth keeping in mind as one evaluates the New Year. In addition I'll include comments about their relevance to DIY and indie music as appropriate.

Despite obvious piracy YouTube has managed to become status quo for every level of the music industry. Though upper tier artists got first crack at artist services now most forms of marketing and monetization via YouTube and third parties are available to even the smallest artist.
YouTube has achieved the difficult task of becoming a key piece of digital music infrastructure that allows it wiggling room with major labels and publishers. This is due in part to YouTube's continued status as leading video platform.

Growth of a Global Web Audience

One reason YouTube is important is that it allows for the development of a global fanbase. This fanbase might grow from a single viral video or ongoing releases by major acts. International touring did well in 2013 and the web has helped build and maintain those audiences.

Growth of Video and Mobile

YouTube is also benefitting from the increasing importance of both video content and mobile delivery and sharing of content. Those are two major developments, separate but connecting via mobile video, that should affect music-related video content as well.

For all musicians this means finding as many effective ways to create video as possible while also making sure that one's web presence is accessible to mobile browsers. Native iOS and Android apps also have a lot of potential though possibly more as artist portals than as album art projects.

Big Moves and Messages
Experimentation at the Top

Beyoncé's iTunes release and Jay Z's Samsung release showed the kind of flexibility one typically expects for DIY and indie artists. While their moves may not seem directly relevant to other levels of the industry, they do help validate alternative approaches to album releases as well as encouraging brands to support music in new ways.

Women's issues in the music industry have been a huge point of discussion this year enabled by the web as a communications platform. From Grimes and other women addressing web trolls to arguments regarding appropriate displays of sexually-related content as triggered by Robin Thicke and Miley Cyrus to musicians such as Zoë Keating and Amanda Palmer leading discussions beyond the realm of gender, women in the music industry have been at the forefront of progressive thought.

Music and messaging is kind of a big question mark at the moment. Lots of social networking energy is shifting to messaging platforms including Line, Kakao, WhatsApp and Tango.

Music messaging as a dedicated category doesn't seem to be taking off. Partnerships and promotions appear to be the order of the day for music services and musicians seeking to connect with audiences using messaging platforms.

Use of Multiple Social Networks

While use of social networks is often cast as a zero sum game of winners and losers, the norm is shifting towards use of multiple social networks and messaging platforms rather than allegiance to one or two.

This shift will require new approaches to music marketing as well as attention to which social networks and messaging platforms are the best fit for the artist.

Music services from Spotify to Pandora will continue to sort out the terrain. This process has a ways to go with more entries ahead and inevitable exits to follow. The question for DIY and indie artists is how best to benefit from such services.

Having Spotify join the growing ranks of music services providing sales links and data to musicians was an important step. Working actively with music services that provide such support, for example promoting particular services from one's website, while stepping back from others might increase the growth of such support.

The increase in free to the listener ad-supported music takes place in a larger context of media monetizing content through advertising. How much of this ad activity will unlock unrealized value and how much will simply compete with other content providers remains to be seen.

Wearable tech, from Google Glass to smartwatches to smartrings will continue their slow move from oddity to must have. How this will play out is hard to call but finding ways to have one's music and related content on these new forms of mobile devices should be part of one's planning.

The Car and The Living Room

The movement of new forces into the auto and living room (aka home) is also an ongoing process. Right now, like wearable tech though far ahead in most respects, automobiles and smart tvs still privilege apps and major music channels. However the move is towards open web access which should help open new terrain for DIY artists.

For now having your music on music services may be the clearest path to being available on mobile, whether