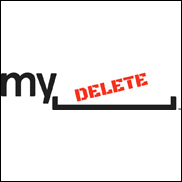 BEVERLY HILLS, CA(Hypebot) – Despite a beautiful looking redesign, the new MySpace has not gained any traction. Musicians and marketers that I've spoken to say they're not seeing any increased activity; and sadly, there's an absurdly simple reason behind MySpace's dead in the water re-start. As serial music tech entrepreneur and occasional Hypebot contributor Brenden Mulligan points out, "MySpace decided that they would erase the audience that the bands had built and ask them to start over…To put it simply, THEY DELETED THE F*CKING FANS."

Even during its multi-year decline, MySpace still had real traffic. Hundreds of thousands of musicians had created MySpace pages and posted tracks. In return, MySpace delivered traffic – hundreds of millions of fans. Even late last year, is you did a search on almost any band – particularly lesser known ones – and their often neglected MySpace page ranked in the top 5 results.

"When MySpace finally started letting people in to experience the new site, we all realized the same thing. While it’s neat, it’s not easy to use and doesn’t feel like it’s worth rebuilding a social graph again," Mulligan, who founded and sold ArtistData and recently launched OneSheet, wrote on TechCrunch.

"As I played with the new site, I noticed I wasn’t connected to any bands or friends. I realized that my old account was under a different email address, so I signed out and tried to sign in with my old address. That didn’t work, but then I saw the option to use my old MySpace account," Mulligan continued. "I used my old email and password and then it became clear that while I was using my old credentials, it wasn’t really porting over my account. It was just letting me use the old login info…Then I saw the column on the right that prompted me to connect to certain artists. That was confusing to me. I’d been connected to them on MySpace before. Shouldn’t I still be connected to them?"

Bands Start With Zero Fans On The New MySpace

"…Getting musicians to care at all about MySpace again is a hard enough challenge. Getting them to care enough to try to rebuild a fan base on the platform is out of the question. And that’s what they’re expecting. Every musician starts out in the new MySpace with zero fans. They need to start from scratch. To tell their audience, 'Go back to MySpace and connect with us'." Mulligan cites these examples: