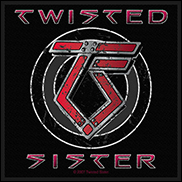 (VIP-NEWS) — Twisted Sister claims promoter John D`Esposito stiffed members of the heavy metal band out of most of their fee for a farewell concert last year.

The show was the band`s farewell to fans in the New Jersey-New York-Connecticut area where they labored in clubs for years before becoming worldwide stars in the 1980s with the hits "We`re Not Gonna Take It" and "I Wanna Rock."

Jema Productions, a company run by guitarist Jay Jay French that contracts with promoters on behalf of the band, is suing promoter John D`Esposito and his company Rock N Festivals.

The band claims it has only been paid $50,000 of the $200,000 it was to receive for headlining one of the three nights of a festival called The Rock Carnival, which was held at a minor league baseball stadium in Lakewood, New Jesey, from Sept. 30 to Oct. 2, 2016.

"After a stellar 14-year reunion in which we played in 32 countries all around the world, to have this happen at the final show in the New York area is very disheartening to the band," French told The Associated Press.

The weekend was marred by a protracted storm that dumped three days of rain on much of the northeastern U.S. D`Esposito, who has promoted numerous concerts in New Jersey, claims in court documents that he discussed the impending washout with Twisted Sister`s agent, Daniel Stanton, and that both sides agreed to alter the payment schedule.

D`Esposito claims Stanton wanted three opening bands to be paid first, in cash, before Twisted Sister was paid, and D`Esposito says he did so. The promoter claims Stanton agreed to accept a $200,000 check, post-dated to Oct. 17, to allow him to settle finances with the venue. Both sides anticipated that Rock N Festivals would have sufficient funds to cover the check in about 2 ½ weeks.

On Oct. 13, an attorney representing Rock N Festivals wrote to French`s company and said there was no money in the account to cover the check, and urged him not to cash it.

In court papers, D`Esposito said the promoter "suffered catastrophic economic losses" due to the weather that weekend.

"Thousands of people were prevented from attending because of torrential rains and excessive winds," he said. "Refunds had to be issued."

But on internet advertisements before the show, which remain online, Rock N Festivals warned that the concert is a "rain or shine event." In its frequently asked questions section, the website asserted: "There will be no refunds for The Rock Carnival."

The promoter also said the band caused thousands of dollars in damage to the baseball field when lead singer Dee Snider`s limousine drove across it "because it was raining so hard that Snider refused to walk to the stage."

"That is a lie," Snider told the AP, declining further comment.