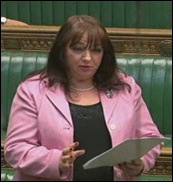 LONDON (LIVE UK) — News of the arrests and fraud, which are not connected, emerged shortly after the All-Party Parliamentary Group on Music agreed to urge select committees to re-examine the legislation on secondary ticketing. A recent parliamentary hearing described the practice as “shady” and “profiteering”.

The strongly worded Ticket Crime: Problem Profile report concluded “the lack of legislation outlawing the unauthorised resale of tickets and the absence of regulation of the primary and secondary ticket market encourages unscrupulous practices, a lack of transparency … and “places the public at risk of economic crime”.

After its publication, anti-ticket abuse campaigner Sharon Hodgson MP said, “We can’t just allow this to continue unchecked”, while fellow MP and fair ticketing advocate Mike Weatherley added, “Action needs to be taken and that can’t be done without legislation.”

Festival Republic MD Melvin Benn, promoter of the Reading (cap. 87,500), Leeds (75,000) and Latitude (35,000) festivals, agreed, “The report … dispels the idea that there is any other way to tackle this other than legislation”.

It was just over a year ago that Channel 4’s Dispatches: The Great Ticket Scandal (see LIVE UK issue 146) used undercover reporters to reveal nefarious practices, including promoters and artistes touting their own tickets, at Viagogo and Seatwave.

Last year the Daily Mirror accused StubHub of being a ‘hub for touts’, after an investigation by the million-selling newspaper identified “some of the UK’s biggest ticket touts” attending the company’s London office on 20 September, after allegedly being courted by the firm (see LIVE UK issue 153).