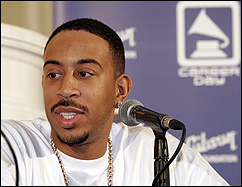 DURHAM, NH (CelebrityAccess MediaWire) — The combination of a Ludacris concert and Cinco de Mayo festivities proved too much for the University of New Hampshire, as a total of 144 arrests were made by school, town and state police officers, as well as the Liquor Commission and Sheriff’s Department, over the weekend.

118 of the busts were made on the night of the concert, with non-student comprising about 60 percent of the total.

“We haven’t seen these types of arrest numbers for a couple of years,” Durham Deputy Police Chief Rene Kelley. “We had additional staff on duty but we were still taxed.”

Billed as the “Spring Climax,” the Ludacris concert drew a sellout crowd of 5,000 to the university-owned Whittemore Center. It was a finale event scheduled for the last weekend before finals, and tickets went for $30 each for non-students and $15 for students.

The concert was presented by student organization S.C.O.P.E. (Student Committee on Popular Entertainment), who has also brought Third Eye Blind, Stone Temple Pilots and Bob Saget to the campus in recent years.

The majority of arrests were alcohol and drug related, with a few assault charges stemming from small fights. The police chief stressed that the situation was never out of control, despite the staggering numbers for the small town. –by CelebrityAccess Staff Writers