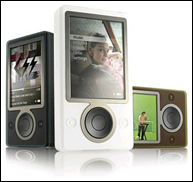 NEW YORK (Hypebot) –BusinessWeek broke the story and our sources confirm that Universal's Doug Morris is asking his major label rivals to join in a co-owned music subscription initiative dubbed "Total Music". SonyBMG is said to be already on board and talks with WMG are ongoing. Where EMI stands is less clear perhaps because of the recent change in ownership.

The plan as it is being proposed would get hardware manufacturers and mobile carriers to absorb a $90 fee so consumers get a device with all-you-can-eat music included. Labels would get the $90 "subscription" while hardware makers would sell a lot more players. The $90 is based on $5 per month X 18 months – the average lifespan of most players and phones.

ANALYSIS: Whether device manufacturers like Zune or Creative will agree to play ball remains to be seen, but its hard to imagine that someone won't grasp at this latest rope thrown from the sinking major label warships.

Most pundits will try to make this a Major Labels vs. Steve Jobs death match. "We got rolled like a bunch of puppies," Morris said during a private meeting." But "Total Control" is really is more about competing with free music grabbed via P2P and from friends. If is work's – and the concept will take many twists and turns before it ever becomes available – Morris & Co. will have changed the game again.

PS – Sell your shares in Napster before the John Q investor figures this out. And consider finishing your law degree. Big money will be made litigating how a share of a $90 one time fee is covered by a standard recording contract.