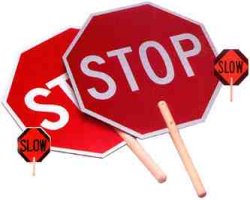 The record labels say Listen4ever.com offers thousands of copyright songs for illegal download — including recordings that have not yet been commercially released.

The lawsuit is the latest attempt by the music industry to go after intermediary service providers when it cannot stop sites and services directly. It is also the latest to try to apply U.S. laws to actions in another country.

The four defendants have the most interchange points with other networks, according to the research firm TeleGeography Inc. — meaning that any technical blocking by them of specific Web addresses would affect many Internet users regardless of their service provider.

"These ISPs are in a unique position to cut off access to Listen4ever at the Internet entry point into the United States," the Recording Industry Association of America said.

The music companies allege that Listen4ever located its operations in China specifically to evade U.S. copyright laws. They note that the site is in English and has offered tunes from Bruce Springsteen, Eric Clapton, Christina Aguilera and other artists popular here — but little from Chinese musicians.

A hearing date has not been set.

Cable and Wireless, WorldCom and Sprint refused to comment. AT&T Broadband said it was reviewing the lawsuit.

"We are concerned we will see these backbone service providers get flooded with requests … and slowly shut down big chunks of the Internet," she said.

Blocking access at the backbone level should be a last recourse, Cohn said. She said the music industry has ample resources to pursue any copyright violators directly, in Chinese courts if necessary, and should not turn to backbone providers as their private security force.

Napster kept track of music through a central server, but files themselves were stored on participants' hard drives. Newer file-sharing sites distribute the indexing function as well, making them harder to shut down.

According to the lawsuit, the plaintiffs sent three cease-and-desist letters to Listen4ever.com. One response said the site took down the albums, yet music remained available for download, the suit said.

The RIAA said the industry has not filed a lawsuit in China.

Messages sent to e-mail addresses listed in registration records for the domain name Listen4ever.com were not immediately answered. A Chinese phone number listed in the records continually produced busy signals.

Listen4ever was inaccessible much of Monday, possibly because of heavy traffic. In July, it had 387,000 visitors, a 71 percent increase from 226,000 a month earlier, according to comScore Media Metrix.