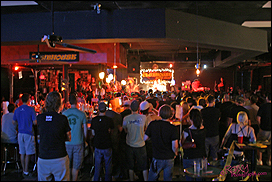 TEMPE, AZ (CelebrityAccess MediaWire) — Police have arrested the owner of Tempe venue The Clubhouse and the venue has been shuttered in the wake of a gang-related shooting following a Nipsy Hussle show that left 16 people wounded.

According to the Arizona Republic venue owner Eugenia Ruven was arrested and released after being cited with a misdemeanor charge alleging violations of the club's security plans, Tempe police said.

Police claimed that while investigating the shooting, they found that the venue was "inconsistent" in maintaining adequate security at the venue as well as preventing loitering and drinking in the club's parking lot.

Subsequently, police revoked the club's security plan, which is integral to the club's operating permit.

While Ruven has an opportunity to appeal the revocation, club employees have told The Republic that Ruven intends to shutter the nightclub.

The club had a number of shows on the books and while a Mobb Deep concert was canceled, others scheduled performances have been moved, the Republic reported. – CelebrityAccess Staff Writers