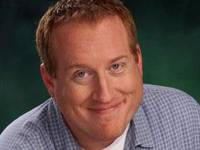 (CelebrityAccess News Service) – Seamus Blackley, who piloted Microsoft’s creation of the Xbox game platform, has joined CAA. He will work with Larry Shapiro to help carry out CAA’s strategy for representing video game creators in a full-service manner – securing and negotiating deals with game publishers, with film and television studios, and with networks, and building and servicing client development companies to give game designers greater creative and financial control. Additionally, CAA now becomes the ultimate resource for film studios interested in creating and co-publishing games based on their properties.

“Under Larry’s guidance, our games business is rapidly becoming a force in the entertainment industry,” said CAA partner Bryan Lourd.

CAA has already broken ground in this area. In addition to representing the film and television rights for all of Microsoft Xbox’s in-house titles, CAA represents many of the game industry’s creatives, including, among others: Will Wright, creator of “The Sims” franchise, Lorne Lanning (creator of the popular OddWorld franchise), Valve, the developers of “Half-Life” and Half-Life 2,” and id Software, creators of best-selling titles ”Doom” and “Return to Castle Wolfenstein.” CAA has also brokered pioneering deals, negotiating for Wright at Fox the first-ever overall television development deal for a preeminent game designer, optioning the rights to Namco’s “Dead to Rights” to Paramount with Lorenzo DiBonaventura producing and Nicolas Cage to star, and id’s “Doom” to Warner Brothers with John Wells producing. CAA also has led the industry in brokering deals for actors, screenwriters and musical artists to participate in video games.

“Seamus has built his amazing career as one of the game industry’s leading figures by being a passionate advocate for creative talent,” said Lourd. “In fact, Seamus' inspiration for Xbox and his drive to make it a reality was the chance to build a platform for game designers to elevate their art. This focus on creative talent and his incredibly strong combination of Hollywood and video game experience will allow Seamus to help build on CAA’s strong momentum in the gaming area.”

“CAA has a vision for the entertainment world and really understands the importance of games as part of that world,” explained Blackley. “Gaming culture, aesthetics, technology and play patterns all have a tangible impact on the way people consume and create all forms of entertainment. CAA will change the way business is done in the video game industry, providing more creative and financial control to the creative talent. The game business has long needed a powerful advocate for its artists, and CAA will be that champion, using its might and expertise to bring great ideas to fruition.”—Jane Cohen and Bob Grossweiner