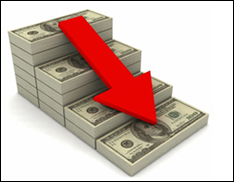 Apple has only ever been in the music business in order to sell more devices. Apple does not need to make money from music nor has it ever needed to. That doesn’t stop it being a crucially important music industry partner (in fact Apple is still pretty much the single most important partner on a global basis). Nor does that mean that Apple doesn’t care about music or that it doesn’t take its role in the marketplace seriously. But Apple is not in this game to make money. Apple routinely ran the iTunes Store at ‘an about break-even basis’ which is financial report code for ‘at a slight loss’. (Or in fact probably at a big loss if half of the costs of the combined iTunes / iPod ads had been factored in.) Now Apple is spending big again on marketing its music product, but this time the ads are only for Apple Music so costs can’t be attributed to other parts of the business. Why this all matters is because it shows us just how seriously Apple is taking Apple Music and also its appetite for running it a loss leader.

One of the recurring questions around Apple’s streaming strategy is ‘why doesn’t it just buy Spotify?’. Besides the fact it had already acquired Beats Music as part of the much bigger Beats purchase, Apple is not in the business of running other companies’ services. Apple runs Apple services. This is because Apple is first and foremost a hardware business and its software and services are an extension of this – part of the device value proposition. If Apple was a software and services business it would build Mac OS, iLife, iWork etc for other platforms. Apple even made music production software Logic Mac only after buying it from eMagic. iTunes is one of the stand out exceptions for this strategy but it is a legacy of when iPod was a PC / Mac centric device, where not being on Windows would have stymied iPod growth. (There is of course talk of Apple Apple Music becoming available on Android but if it does so it will only be because Apple wants to win back iTunes customers from Spotify.)

The hardware-first / Apple-only strategy means that when Apple does buy other services it usually either assimilates them wholesale (remember LaLa?) or it strips them down to the bare bones and rebuilds them entirely (Beats Music). This is all because Apple needs to own the customer relationship and customer experience in its entirety. Apple’s tunnel vision commitment to user experience is the ideology that underpins this entire approach. Which is why Apple didn’t buy Spotify.

Apple Could Make Most Streaming Margin By Promoting Spotify

In fact Apple could make a LOT more money if it simply decided to spend money marketing Spotify to iOS customers.

For argument’s sake let’s assume Spotify has somewhere in the region of 6 million US subscribers, that 60% of those are on iOS and that 60% of those iOS users pay via iTunes, Apple thus generates $8.4 million a month in subscription revenue from Spotify. To generate the same amount of US subscription margin from Apple Music, Apple would need 16.9 million US Apple Music subscribers (assuming an operating margin of 5%). In fact, in practice Apple will be in heavy negative margins with Apple Music due to its extensive marketing efforts.

So if Apple was in the business of music for making money it wouldn’t even buy Spotify, it would simply spend money marketing it to the Apple customer base. But that has never been the Apple way and is patently unlikely to become the Apple way. Thus Apple will continue on its mission to own every ounce of the streaming subscriber’s user journey. Unfortunately the rest of the marketplace has to try to figure out how to compete while at the same time vainly searching for a profit.