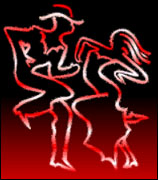 (CelebrityAccess MediaWire) — With just a week to go before the kick off of the World Championships of Country Dance, Buddy Jewell, Suzy Bogguss and Nashville Star debut season contestant Jamey Garner are confirmed to be a part of the six day event to be held January 11-16 at the Opryland Hotel in Nashville. Billed as the biggest event in country dance, it is expected to attract thousands of dancers from around the world. The professional competition will be made into a televised special that will air on cable network Great American Country (GAC) in February.

This marks the third consecutive year in the competition’s 13-year history that the event will be held in Nashville. Dancers from countries including Malaysia, Holland, Japan, Germany, the UK, Ireland, Spain, the US and Canada will vie for the best of the best in two categories: Classic and Showcase. Competitors range in age from 5 to 80, and it’s interesting to note that while some may not speak English, all of the competitors dance to American country music. Current and former world champions will be on hand as well.

“These dancers love country music, so it is only fitting that we hold the first competition to become a televised special in Nashville,” noted Robert Royston, emcee of the event and one of the producers of the GAC special. “It is also going to be very exciting for our competitors to have such great musical performers drop by during the course of the week’s worth of competitions.”

“This dance competition brings together the best of the very best the world has to offer in dance,” Royston said. Royston is himself a four-time US Open Swing Dance champion and four-time World Country Dance champion. He is also a lead actor/dancer and choreographer for such hits as the Broadway musical “Swing!” and the New York workshop productions of “Swango” and “Urban Cowboy.”

Some of the biggest names in dance will be on hand for this year's competition, including: Jordan Frisbee and Tatiana Mollman ("Star Search" finalists), Kyle Redd and Sara Van Dyke ("Dance Fever"), Gary and Lisa McEntire ("Shall We Dance"), Natalie Gomes and Yval Hodd ("Polar Express") and current world champs Ronnie DeBenedetta and Brandi Tobias (Showcase division) and Toby Monroe and Kristin Gile (Classic division).

Day passes for the week long event are priced at $20 for a single ticket, $10 for teens under 17, and $60 for a family of five. Children under 10 are admitted free. — Bob Grossweiner and Jane Cohen