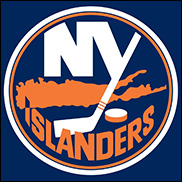 NEW YORK (CelebrityAccess) — After a year of low attendance, the Barclays Center and the NHL team The New York Islanders, are said to be considering parting ways.

The move, which was announced in 2013 and saw the team take up residency at the newly-built Barclays in time for the 2015 season, never seemed to be a great fit. Last week, Bloomberg reported that Barclays was considering cutting its losses after the venue's operators determined they would make more money without the National Hockey League team, according to people familiar with the facility’s financials.

The speculation was seemingly confirmed after Barclays owner Mikhail Prokhorov shared financial projections with prospective investors that showed that the Islanders would not contribute any revenue after the 2018-19 season, indicating that the team would no longer be tenants at the venue.

Since the Bloomberg story, several suitors have emerged for the Islanders, including debt-ridden Connecticut. The New York Post reported that Connecticut governor Dannel Malloy and Hartford mayor Luke Bronin sent a letter to Ledecky and Malkin offering the city’s XL Center has possible home ice for the team.

The aging XL Center currently serves as a home for the Rangers’ AHL affiliate, the Wolf Pack, and has a capacity of 16,294, almost 1,000 more than Barclays.

Also throwing their hat into the ring is Long Island Association, a business consortium interested in seeing the team return to their old skating grounds at Nassau Coliseum. The facility recently went through a $130 million renovation and offers 13,000 capacity for hockey.