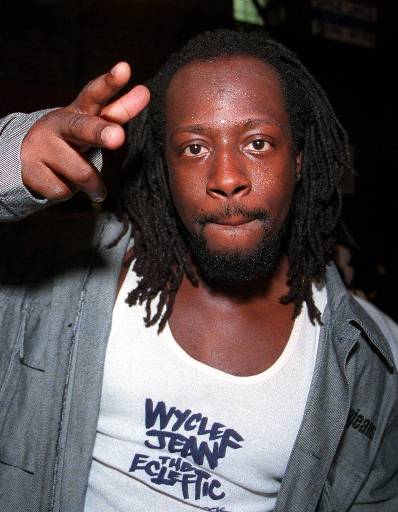 Wyclef Jean, the Grammy-winning musical artist who skyrocketed to fame as

a member of the multi-platinum Fugees, has left Columbia Records and signed with J Records.. Wyclef has immediately begun recording his first album for the label, which is expected for release in the fall.

"Wyclef is one of those rare cutting edge artists who define an era," says Clive Davis, chairman of the RCA Music Group. "He's a young triple threat who has just written some of the best contemporary songs I've heard in years. We've had worldwide hits together before. I can't wait to share many more with him."

Wyclef Jean comments, "Clive Davis, man! He's the godfather of music. I hooked up with him so I could be a quadruple threat."

J Records' creative partnership with Wyclef Jean continues an already successful union between the artist and Clive Davis, which began when Wyclef produced both Santana's Grammy-winning "Maria, Maria" and the title track to Whitney Houston's album "My Love is Your Love."