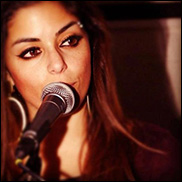 (Hypebot) – For singer Xriss Jor, recent developments in how music can be shared online have opened up new opportunities for her to get her music (and the greater message contained therein) heard by a broader international audience and raise awareness of Lebanon's garbage crisis.

The video is jarring — a stunning young woman with an amazing voice blasts out a cover of Michael Jackson’s “They Don’t Care About Us,” juxtaposed with images of piles of garbage and protests. For people who couldn’t even find Lebanon on a map, let alone explain the intricacies of the governance crisis that has gripped the country recently, it was a wake up call told in the form of a powerful pop song. And for singer Xriss (pronounced Chris) Jor, it was a way to spread the word about what’s happening in her country using a tool she has mastered in recent years — her voice.

On one hand, Jor’s story is fairly common. She spent years auditioning for reality shows, including taking a trip from her home in Beirut to travel to San Francisco to audition for American Idol. She didn’t make the cut and returned home; a few years later she won the Lebanese Karaoke championship and then went to Finland to compete at the world level. That didn’t go anywhere, so she came back, finished school, and worked for an event planning company. She then competed in the Arabic version of the Voice, and a meeting on the set led to a performance in front of Quincy Jones, who then signed on to work with her.

So far, so “A Star Is Born.” But Jor has a tool at her disposal that previous generations haven’t — the internet. Even a decade ago, her video would have been difficult to see — it certainly wouldn’t have been a fit for mainstream programming, and YouTube had only just launched and not yet been acquired by Google. She would have spent her time competing against the flashing neon hordes on MySpace and tried to sell tracks on iTunes — surely better than the closed system of the nineties, where you needed to know a guy who knew a guy to get in the door, but not much.

Today, Jor and her counterparts have a global network that allows them to amplify their voices and compete on the same level as more established stars. Her video has circulated widely on Facebook and YouTube, reaching people in Lebanon, Lebanese expats, and people all over the world who happened to stumble upon it and learn something. “This would not have been possible without the internet,” she says over Skype. “I have followers from all over the world, and this is the way I can reach people. I feel very safe and comfortable speaking out because so many people are paying attention to me and what I’m saying.”

She’s not the only one — since the trash crisis erupted in July with the closure of a landfill leaving mounds of garbage uncollected on streets, Lebanese citizens have taken to social media, adopting the hashtag #youstink to highlight the situation. Protests and subsequent crackdowns were recorded and posted online for the world to see. She’s also not the only Middle Eastern artist making and sharing music about politics — Syrian rappers like MC Roco and Ahmad al-Khalaf have taken to the YouTube to share music about the conflict with a global audience.

As Western artists criticize streaming services and video sites, it’s worth noting that very few artists from developing markets offer the same critiques. Sure, they’d probably like to get paid more — but unlike a certain group of musicians based in the USA or Western Europe, they never had a pathway into the conversation like they do now. If the situation in Lebanon had happened in 1999, it would have been a few headlines and brief moments on the evening news — and now it can be the catalyst for a global pop hit.