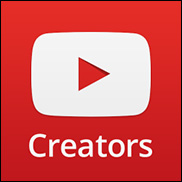 SAN BRUNO, CA (Hypebot) – YouTube today launched "Super Chat," a new way for musicians and other creators to earn money. With Patreon, Vimeo and others fighting to attract top YouTubers, finding ways to rewarded them financially has become a top priority. But alongside today's launch, YouTube discontinued another fan funding feature.

Google's YouTube today launched SuperChat, a new tool that helps fans and creators to connect and for creators to earn money.

Much like Amazon-owned Twitch's Cheering feature for gamers, fans watching a YouTube live stream can purchase a Super Chat – a highlighted message in the chat stream that provides way to get the attention of their favorite creators' attention. Super Chats remain pinned to the top of chat for up to 5 hours, giving more exposure for the messages.

Along with the launch, YouTube announced that was discontinuing its Fan Funding feature, which it launched in 2014 to let viewers make voluntary payments supporting creators directly. "While we were really excited about Fan Funding, it never achieved widespread usage outside of live streams," according to a blog post, "where we saw the majority of revenue."

Fan Funding will stop accepting new sign-ups today, but can continue to be used on enabled channels until February 28, when it will be discontinued.