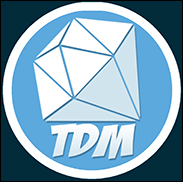 LOS ANGELES (CelebrityAccess) — Live Nation has announced that they plan to bring one of the UK's top YouTube content creators, DanTDM to the U.S. for a theater tour.

DanTDM, AKA Dan Middleton, is known for his game-related YouTube content that's primarily focused around the game Minecraft. His popularity has seen him become a household name for young families across the globe and his two YouTube channels have generated more than 16.5 million subscribers and nearly 10 billion views.

"Dan's an absolute star and for many families a household name," said Tom Greenwood-Mears, Head of Live Events, for the tour's creator and producer Endemol Shine UK. "The tour has been really well received in the UK and Sydney, by kids and parents alike, so we are extremely excited to take it to Dan's largest market, the US. For any fans of Dan this really is a must."

Middleton is hot off of the road in the UK, where he just wrapped 32 sold-out shows and in Australia, where sold out four shows at the Sidney Opera House.

I’m so excited to be bringing the tour to my amazing fans in America. My American audience have always supported me and this tour is a brilliant opportunity for me to bring my world to life for them. I can’t wait to travel across the country and meet as many fans as possible,” Middleton said.