Here the people at SoundExchange speak with Jonathan Poneman, co-founder of legendary independent label Sub Pop, a label known for acts like The Postal Service, as well as for helping to spur the grunge movement via bands like Nirvana and Soundgarden.

Editor’s note: In recognition of A2IM Indie Week, SoundExchange spoke with numerous executives at independent labels about the state of the industry. This interview is one in a series of those discussions.

Few independent labels have had as much success or influence as Sub Pop.

Once Sub Pop signed Soundgarden, Nirvana and Mudhoney, it launched the grunge movement and sealed its reputation as one of the most important labels in the modern music history.

Bruce Pavitt and Jonathan Poneman started Sub Pop Records LLC in 1988 as a response to the glam-metal scene. [Pavitt had earlier versions of Sub Pop in the 1980s, but the label as it is known today incorporated in 1988.

Pavitt left in 1996, shortly after Warner Music Group bought a minority stake in Sub Pop. Poneman remains and he is a key connection to the label’s impressive history.

Poneman’s career in music began with a job as a DJ in 1983 at Seattle’s KCMU-FM, where he worked alongside Mudhoney frontman Mark Arm and Soundgarden’s Kim Thayil. His love of music formed much earlier.

“I wasn’t psyched about growing up in Toledo, Ohio, but I was very into listening to music all night from CKLW [in Windsor, Ontario] on my transistor radio,” Poneman said. “So I have a soft spot for transistor radios and glitchy music – music that has all the static and analog trappings. We are big proponents of noise at Sub Pop. Even if it sounds imperfect. I like music that sounds shitty. In other words, the technology should serve us. We should not be beholden to the technology.”

SoundExchange: Indies appear to be making a comeback. Do you feel like indies have more traction, and what do you think accounts for that momentum?

Poneman: The vibrancy of independent music is driven by the intensity of the listeners’ interests. I also think streaming is making mega fans out of people who have had a more casual relationship with music in the past.

Having been doing this for almost 30 years now, many thought we had a golden age of independent music [during the grunge movement]. But what happened then is paltry compared to the cross-genre explosion that’s occurring now. Some of the biggest artists in the recording industry now are independent artists.

SoundExchange: Technology has brought big changes to the industry, and fans prefer access over ownership. Are you comfortable with that, and do you believe labels and musicians are benefitting from streaming?

Poneman: I think steaming technology is in constant transition. I don’t think there’s a perfect model for anybody – be it the listener or the musician.

SoundExchange: Your label is known for launching the grunge movement, and Nirvana played a major role in that movement. Did you sense that something big was going to happen when you signed them?

Poneman: I sensed that something big was going to happen, but the idea of what “big” was at that time was considerably different than it is now.

We were happy to sell 5,000 or 10,000 copies of our early titles. That was considered a hit. When Nirvana went on to sell 30,000 copies of Bleach, that was considered an event. When we saw them we had the feeling they would be incredibly popular. Actually, Bruce wasn’t so sure. Some people weren’t as confident as me. Believe me, I’ve had plenty of miscalculations over the years, but in their case, I thought it was inevitable that they would be popular, at least in our realm.

Over the time that Nirvana went from a band capable of drawing enthusiastic crowds in small clubs to the mythological Nirvana, the whole grunge phenomenon set the stage in many ways for the marketing strategies that led to the way music is marketed now. It was the hyper-categorization of rock.

What’s fascinating to me looking back, more than the ascendancy of Nirvana, is the beginning of these sub-categorizations of music because you’re not plugging into mono-culture. It’s something a little more customized, and isn’t that the real beauty of music streaming? It’s creating music that is defined by your own characteristics and preferences. You’re creating your own destiny as opposed to what’s being determined by major labels.

SoundExchange: What do you think your label would look like if you hadn’t signed Nirvana, Soundgarden and Mudhoney?

SoundExchange: Things haven’t always been so good, and the label experienced some ups and downs and some lean years after grunge.

Poneman: What business doesn’t have lean years? That was a big part of our mythology. We owed people up to ten or fifteen thousand dollars. But compare that to some of the streaming services now that are millions and millions of dollars in the hole. We were small potatoes.

Poneman: The Afghan Whigs. The thing about them is that they bore a sonic resemblance to the harder rocking bands we had on the label, but they were from Cincinnati. They were not part of any pre-established clique. They weren’t from a hot musical region – LA or New York or Boston or Minneapolis or Athens, Georgia. And they weren’t from Seattle.

They were intrepid. The toured constantly. There were regionally informed and had a lot of rhythm and blues infused in the music. Here was a band that was not being championed by the east coast hipsters or the west coast hipsters. They were their own thing, and I think if I have to pinpoint one band that helped us diversify, that’s the band I would pick.

SoundExchange: In 1988, you formed Sub Pop Records LLC with Bruce Pavitt. The label turned 29 years old this year [on April 1, when it got its first lease]. Bruce has moved on. What’s the future of Sub Pop?

We take it on a year-to-year basis. What we try to do now is endure and survive. When we were younger we had ideas of world domination. The whole world domination meme started being scary when George Bush invaded Iraq.

We’re in survivalist mode now. Whatever it takes to survive. Even cannibalism. Our ambitions when we were a younger label were grandiose. Now they are much more modest ambitions – to survive, to enjoy life.

SoundExchange: Which musicians have been your favorite to work with?

Poneman: J Mascis [of Dinosaur Jr. and numerous other bands]. Greg Dulli of the Afghan Whigs. Ishmael Butler of Shabazz Palaces. Kristin Kontrol [the stage name of Kristin Welchez], the founder of the Dum Dum Girls.

And I’ve got to say Mudhoney. Guitarist Mark Arm works at Sub Pop. At a time when Sub Pop was truly getting its ass kicked by creditors and by people who were naysayers, they stuck with us. If you’re going to ask my favorite people to work with, they will always come out on top. 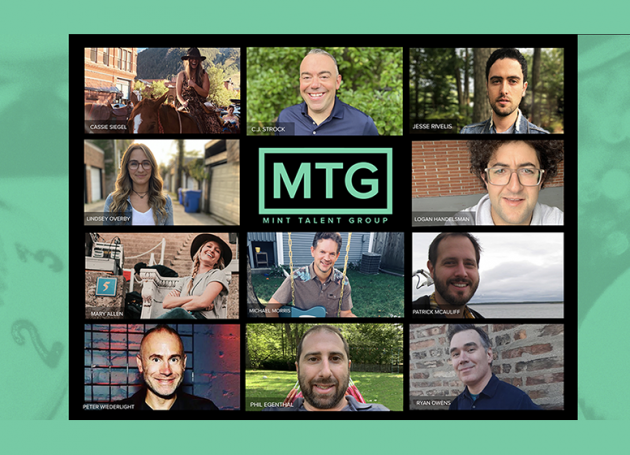 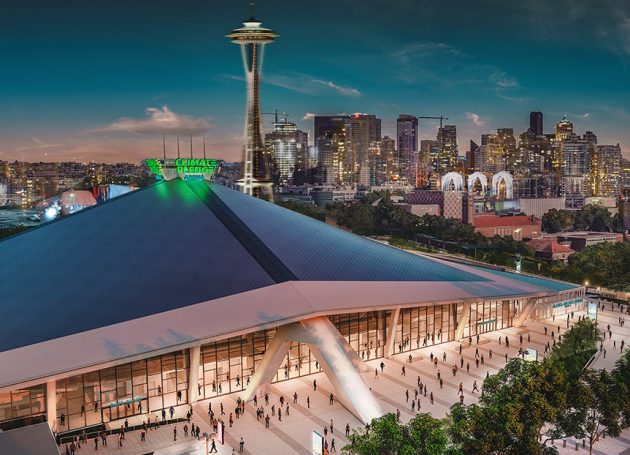