(Hypebot) Spotify has invited journalists to a strangely worded “news announcement” on Tuesday April 24th in New York City. While the invite is void of details or even hints, here’s what a combination of leaks, rumors, insider tips and educated guesses leads us to expect. 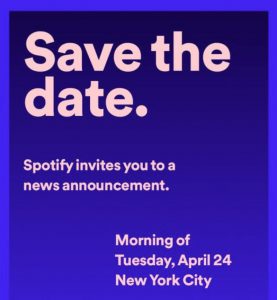 Here’s what we think Spotify will announce on April 24th, in order of likelihood:

1) Spotify is anxious to unveil its first device, ahead of Facebook and others.

Multiple sources and job postings point to a voice activated in-car music controller or perhaps even a stand alone car player. Some Spotify users even report getting a pre-order offers – perhaps in error – for the device.

“I just got a notice when I opened Spotify, that a special offer was available to me,” wrote a user on Reddit who received the offer, “an official Spotify Car Player that had 4g built in and would just sit on your dash and be independent of your phone. $12.99/mo for a “total commitment of $155, with device included in price.” Which to me suggests that Premium service would be included.”

Clicking on the link took him to an error page, which suggests that the notice was posted by mistake. Here is what the notice looked like:

The music streamer is reported to be developing a new version of its free music service which will include some form of mobile listening. Spotify sees its free ad supported tier as critical to attracting new users, many of which go on to pay for Premium service. With more music being consumed on mobile, this is a logical step. But labels and artists will only be on board if it really does drive more conversions.

Music Ally spotted a test in the UK: “It offered 750 on-demand tracks in 15 constantly changing playlists” in the words of one test-listener… Playlists with blue shuffle symbol are still subject to shuffle restriction, but Spotify makes available a lot of its own curated playlists on a fully on-demand basis.”

3) More Exclusives – For all of Ek’s pronouncements that exclusives hurt artists and frustrate fans, Spotify has been ramping up its one of a kind offerings with content like a new Taylor Swift exclusive video and more Spotify produced podcasts. Expect more of the same on April 24th

4) More For Artists – This one is just an educated guest. Ek recently promised to help grow the careers of a million musicians with help from its algorithms and Spotify For Artists tools and analytics. Would he really not include something new for artists in the company’s first major post-IPO press conference?

5) Hi Def Streaming – One initiative that we’ve heard nothing about in recent months is an option to stream in some hi-definition audio format at a higher monthly price. We know they’ve tested it, so wouldn’t it be smart to tell rightsholders that they are going to be paid more per stream for hi-def at the same time you’re expanding lower paying free streams to mobile? 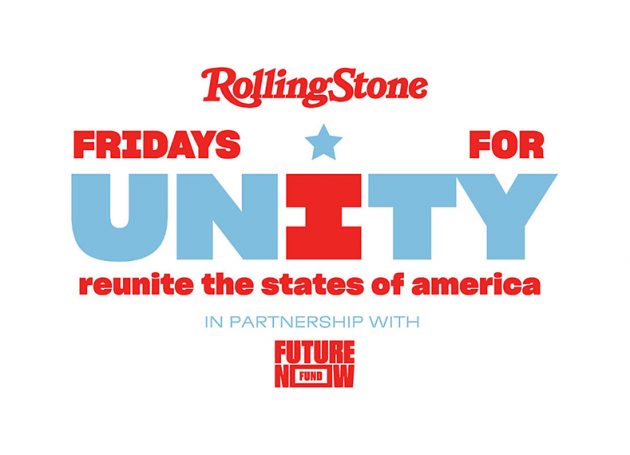