MEMPHIS, Tenn. (CelebrityAccess) — The full list of nominees has been announced for the 41st annual Blues Music Awards, with Billy Branch, Rick Estrin, Sugaray Rayford, Bobby Rush and Mavis Staples all in the running for Entertainer of the Year.

Topping the list of nominees for 2020 is Rick Estrin and his band The Nightcats, who picked up eight nominations, including Band of the Year and Contemporary Blues Album of the Year. Additionally, Estrin has earned B.B. King Entertainer of the Year and Instrumentalist: Harmonica nominations, while guitarist Christoffer “Kid” Andersen and drummer Derrick D’Mar Martin are in the running for their respective instrumental categories.

The Cash Box Kings and Christone “Kingfish” Ingram both earned multiple nominations as well. Ingram, a rising star in the blues scene, was nominated for Best Album from an Emerging Artist, while Kingfish picked up nods for Contemporary Blues Male Artist and Instrumentalist: Guitar, as well as Traditional Blues Album and Album of the Year.

The Cash Box Kings are also competing for Album of the Year and Traditional Blues Album (for Hail to the Kings!), as well as Band of the Year. Their recorded song “The Wine Talkin’,” written by Joe Nosek, John Hahn, and Oscar Wilson, is up for Song of the Year honors, while bandmember Kenny “Beedy Eyes”Smith is among the contenders for Instrumentalist: Drums.

Presented by The Blues Foundation, the BMAs honor artists working to keep blues alive, as well as supporting the genre’s history and cultural traditions.

The winners will be named during the annual Blues Music Awards ceremony, which will take place at Memphis’ Cannon Center for the Performing Arts (255 North Main Street), on Wednesday, May 6th.

The awards gala will be followed by a post-show afterparty in the newly renovated Grand Lobby of the Renasant Convention Center, which will feature additional live performances by nominees, buffet dinner, cash bars, and more festivities.

This Guitar and Tonight – Bob Margolin

Album of the Year, Sponsored by Rum Boogie Café and Blues Hall

Church of the Blues – Watermelon Slim

Hail to The Kings! – The Cash Box Kings

The Preacher, The Politician or The Pimp – Toronzo Cannon

Roots and Branches: The Songs of Little Walter– Billy Branch & the Sons of Blues

Band of the Year

Rick Estrin and the Nightcats

Before Me – Ben Levin

Through My Eyes – John “Blues” Boyd

Up and Rolling – North Mississippi Allstars

Contemporary – Rick Estrin and The Nightcats

Don’t Pass Me By: A Tribute to Sean Costello – Various Artists

The Preacher, The Politician or The Pimp – Toronzo Cannon

Song of the Year

“Time To Get Movin’,” written by Eric Corne

Sitting on Top of the Blues– Bobby Rush

Somebody Save Me– Sugaray Rayford

Church of the Blues– Watermelon Slim

Hail to the Kings! – The Cash Box Kings

Roots and Branches: The Songs of Little Walter– Billy Branch & the Sons of Blues 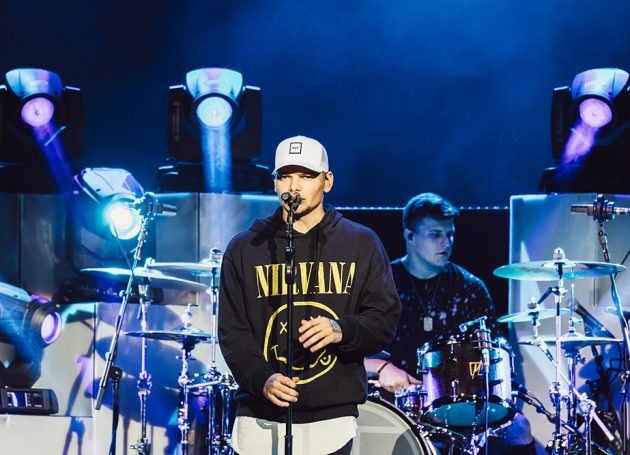