The event marks the first live concert experience from LL’s brand, Rock The Bells. LL Cool J and Roxanne Shanté announced the lineup live on LL’s Rock the Bells SiriusXM channel, offering a deeper look at what fans can expect at the festival. 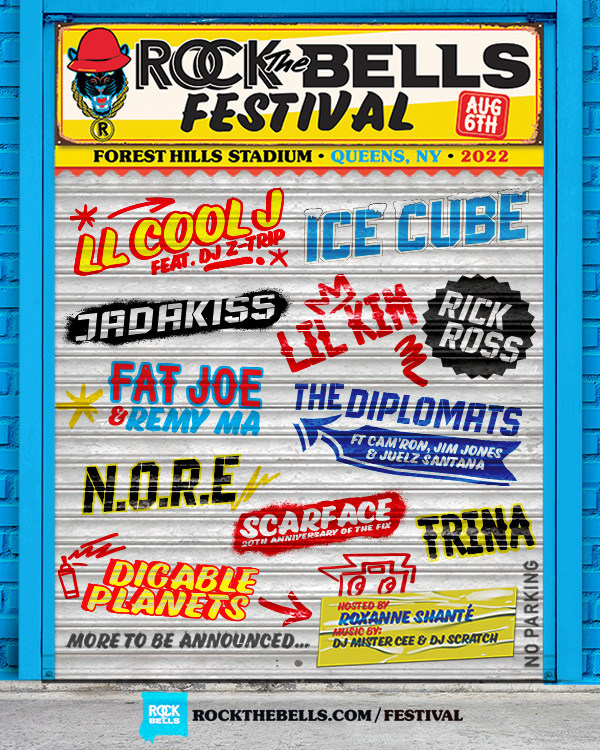 “This festival is my way of showing love to the community of Hip-Hop and celebrating the incredible journey this culture has taken, going from DJ Kool Herc‘s Sedgwick Avenue rec room to the global phenomenon we all cherish today,” said LL. “Getting to bring some of the most iconic and influential Hip-Hop artists to the same stage in my hometown and the city that started it all is an honor, and I can’t wait for everyone to see what we have in store for them.”

“We’re thrilled to welcome LL Cool J home to Queens for this special event that celebrates the genre and the culture as a whole,” shared Mike Luba, AEG SVP Global Touring and the executive behind the rehabilitation and revival of Forest Hills Stadium. “The borough has played such a vital role in Hip-Hop history, and being able to host this day of music from this group of music icons is an honor.”

Registration for pre-sale tickets is available now, with general admission tickets to be released Friday, April 10th. VIP ticket packages are offered with access to the venue’s private balcony and floor sections, VIP lounge, and festival merchandise. Rock the Bells will donate partial proceeds to the Universal Hip-Hop Museum in the Bronx for every ticket purchased.

The Rock the Bells festival is co-produced by AEG. For more information on the festival, additional line-up announcements, and ticket options, please visit www.rockthebellsfestival.com.