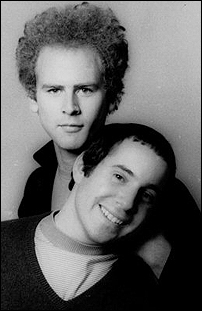 Etta James, Johnny Mathis, Glenn Miller, Tito
Puente, and Simon & Garfunkel will receive 2003 Lifetime Achievement Awards from the Recording Academy. Engineer/producer and folk music archivist Alan Lomax and the New York
Philharmonic will be honored with Trustees Awards. Formal acknowledgment of
the awards will be made in conjunction with the 45th Annual Grammy Awards
ceremony, which will be held at New York's Madison Square Garden on Sunday,
February 23, 2003. The show will be a prime-time television special on the
CBS Television Network.

"The recipients of these awards are a diverse group of inspired creators who
have contributed some of the most distinctive and seminal recordings of the
past century," said Garth Fundis, Chairman of the Academy's Board of
Trustees. "From the creation of timeless recordings and the preservation of
our nation's rich musical history, to furthering music education for
students of all ages, their outstanding achievements leave a timeless legacy
that inspire generations of fans and artists alike. Their work exemplifies
the highest creative and technical standards by which we all measure our own
personal and professional contributions."

The Lifetime Achievement Award honors lifelong artistic contributions to the
recording medium while the Trustees Award recognizes outstanding
contributions to the industry in a non-performing capacity. Both special
merit awards are decided by vote of the Recording Academy's National
Trustees during meetings held annually in May.