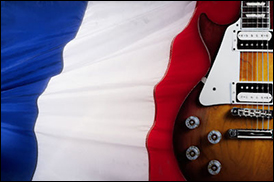 PARIS, France (VIP NEWS) For the second year in a row, France`s live industry has experienced a growth in both attendance and revenues.


Over 25.3 million people attended concerts in 2014, up 8% compared to the previous year, while box office revenues reached €746m, up 3%, according to figures unveiled in Paris at the MaMA conference by live music trade body the CNV.


Philippe Nicolas, director of the CNV, noted that the live music scene in France showed "dynamism and diversity" with over 55,000 shows during the year 2014, 3% of which attracted over 3,000 people (accounting for 35% of total attendance and 45% of the box office. The average ticket price was €32, slightly down (-4%) from the previous year. Concerts attracting less than 200 people represented 60% of the total attendance.


The top 20 main concerts or tours represented less than 5% of the total number of concerts, but accounted for 23% of the attendance and 39% of the box office. Among the top 20 live events were the French tours of international acts such as Beyoncé and Jay-Z, as well as the Rolling Stones and One Direction who played at the Stade de France. Top scoring French acts included the Vieilles Canailles bill, starring Eddy Mitchell, Jacques Dutronc et Johnny Hallyday at Bercy, Stromae, Christophe Mae, Patrick Bruel, Florent Pagny, Tal and Indochine.


Some 3,948 different structures organized at least one concert during the year, ranging from international giants such as Live Nation to local non-profit organizations.


The city of Paris has suffered a slight drop in attendance (1%) and in revenues, mostly due to the closing of the capital`s main arena, the Palais Omnisport de Paris Bercy, which was closed for renovation.


In terms of music genres, electronic music has experienced some significant growth with a 36% increase in the number of concerts, a 23% increase in attendance and a 10% growth in revenues.