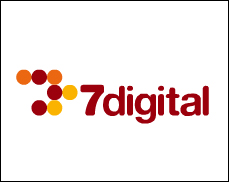 LONDON (Hypebot) – With the aggressive moves needed to stand out in a marketplace dominated by iTunes and just days prior to a much anticipated Amazon MP3 UK launch, 7Digital has gone 100% DRM free with 320K mp3's from all four major labels and most indies. The 4 million track store is currently available in the UK, Ireland, Germany, France, Spain, Italy, Austria and Portugal with expansion into the U.S. and Canada promised before the end of the year.

One of 7Digital earlier successes, white label stores for artists, has also gotten an upgrade with the addition CD's, merchandise and tickets. Sister site indiestore.com for indie and d.i.y. artists now offers new features and more integration into the main 7Digital storefront, as well.

To help spread 7Digital new offerings, the company has added both a partner program and opened its system to outside developers. A new application Programming Interface (API) allows developers to create new music apps on web, desktop or mobile devices and supports downloads, streaming, music metadata and images and recommendations. The partner program allows anyone to use widgets to feature music on their site, blog or profile and earn money from sales.

To promote the expansion, 7Digital is offering a number of incentives including free DRM free upgrades for all Sony BMG songs purchased in the WMA format, two free compilation albums and a number of discounted titles.